Walk in Frigento: from the village to the countrysides 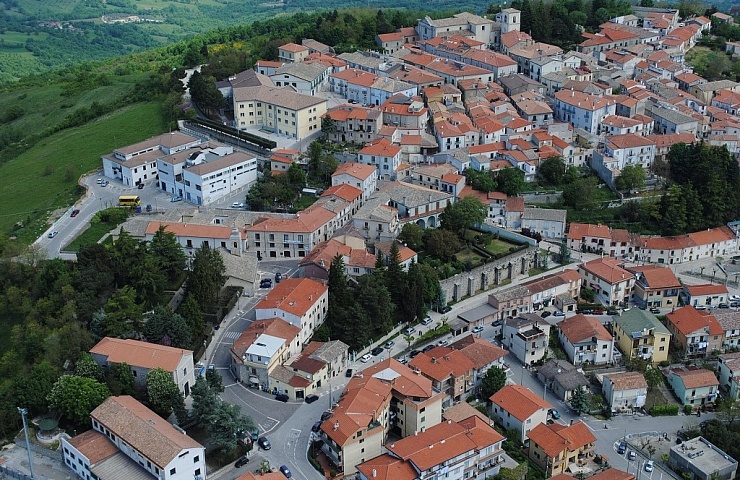 Frigento is a village in the heart of Irpinia that has known how to combine the opening to the modernity with the respect and the enhancement of its own history.

The old town center, inhabited for more than two thousand years, is almost a photography of Frigento of the second half of the Eighteenth century. The geometric maze of alleys and lanes houses some historic palaces of irrefutable sobriety and beauty, characterized by stone gates, work of valuable local artisans. There are many inner courtyards with the well employed for domestic use and the external staircase to access the upper floor. The palaces are adorned with hangings gardens that in some cases present high retaining walls with buttresses. For several centuries, Frigento has been episcopal house and presents some churches of great artistic value.

Among these, the cathedral stands out.

Its plant is of the 18th century with three wide naves. It is interesting the imposing complex of cisterns dating back to the 1st century BC, realized in opus incertum (irregular work) with local stone. The cisterns were destined to the collection of rainwater, snow and a little aquifer. A system of tanks, linked to minor cisterns through a complex channel net, served the entire urban center supplying water to the inner wells of the noble palaces.

In the vast rural areas, they do not lack places with a certain historical, artistic as well as environmental interest: historical fountains and ruins of a medieval fortress (9th century). The fortress dominated an area of more than 20 km and was visually joint to the other adjacent fortalices of Guardia Lombardi, Rocca San Felice… Later, a village and a church with monastery, complex ransacked and burnt by the Saracens in 1200, rose up there. After the Italian Unification, it was refuge for bandits that hid in this area. Immersed in a hill agricultural zone, it rises up a manor 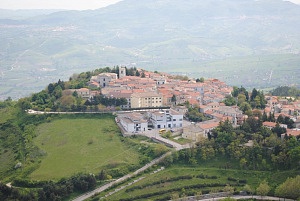 farm that belongs to the typology of rural architecture typical of Irpinia present in the 16th and 17th centuries.

‘…Frigento, has a flat landscape all around, of almost a mile with an admirable and singular distance view, (…) which gives delight and satisfies the sight, not being the view impeded by other near mountains, but Frigento is seen almost as a point in the middle of a circle, a mount in the middle of many mounts that make as crown and circumference for it’ , Carmine Pascucci, end of the 18th century.