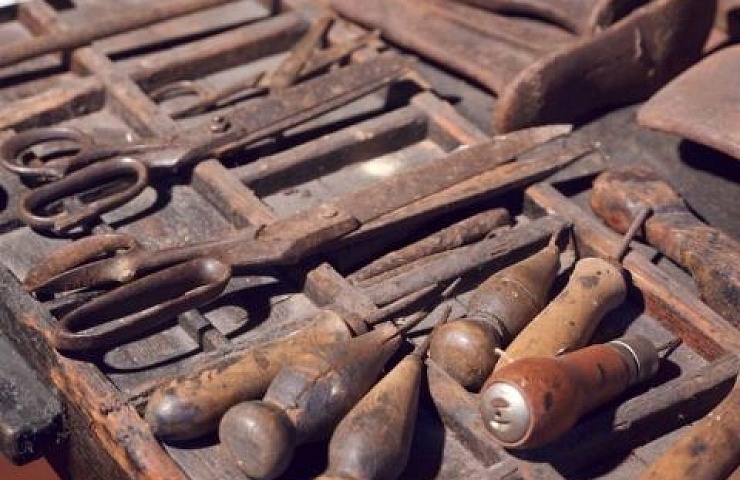 In the alleys of ancient Teggiano, in an old house, there is the Museum.

It stores a wide collection of tools and objects once used by the people of Vallo di Diano.

Here, the visitors can see, perfectly reconstructed, the workspaces of the ancient artisans: that of the cobbler, with the stall and the molds for the manufacture of the shoes; that of the carpenter, with all the tools of the trade; that of the spinner, with an ancient wood loom. Then, the rooms where the daily life of once is reproduced, such as the kitchen or the bedroom, are touching.

It is worthy the wonderful series of ancient photos, in which there are both simple people and members of wealthy families. The first, with the rough progenitor posing, in their dignified and little forced posture, in the simple clothes of the poor people of those days. Instead, the portrait of who was rich, of the lords, with the clothes of lighter fabric, of the young women and of the little girls, shyly coquettish.

The collection is completed with objects, music, dresses and above all the documentations about the work cycles that still today exist, such as, for example, the transformation of milk, the production of bread, wine, oil, and the cultivation of flax, hemp and wool.

So rich of objects of the past, the Museum of the Customs and Traditions of Vallo di Diano can be seen as an extraordinarily vital testimony of an already passed time. 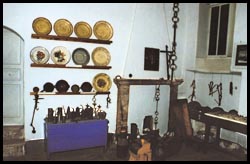 The little museum of Teggiano is a chest of evidences, kept alive in their original function.