The Underwater Park of Gaiola, the island and the legend of the Wizard 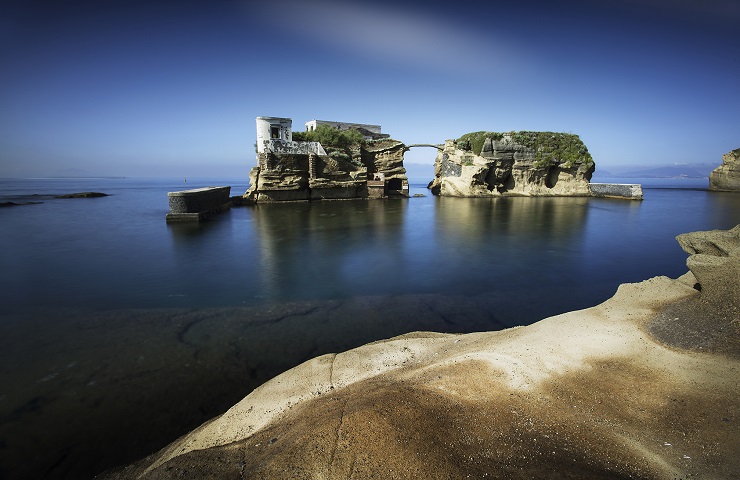 Campania is a region rich in protected reserves, parks and naturalistic oasis that constitute a peerless heritage.

Among these, one of the most particular is the Underwater Park of Gaiola. It is a little marine protected area that covers around 42 hectares of sea, instituted by the Ministries of Environments and Cultural Heritage in 2002. The Underwater Park surrounds the Islands of Gaiola, in the gulf of Naples, and expands from the Hamlet of Marechiaro to the Bay of Trenataremi.

It is a very particular area from the territorial point of view, because it is the result of the fusion between volcanological, archaeological and biological elements. The not steep slopes are rich in high cliffs of Neapolitan yellow tuff while the lush vegetation that grows up near the Park has made this place really unique.

Also the bottoms of the Park are rich. It is possible to find the relics of submerged harbors, nymphaeums and fishery. Many of these concern the Emperial Villa of Pausilypon, put near the remains of the impressive Theater of the I century BC belonged to the Roman freedman Publius Vedius Pollio and today part of the Archaeological Park of Posillipo.

Obviously, the protected marine area of the Underwater Park of Gaiola is visitable only through guided tours by underwater view boat, or with itineraries of snorkeling and diving, to avoid compromising in any way the marine ecosystem and keep as lowest as possible the tourist impact on the environment.

Inside the Underwater Park, it rises also the island of Gaiola that, in 1820, was bought by Guglielmo Bechi.

Being really near the coast, it has been supposed that, originally, the island of Gaiola was the extension of the opposite promontory and that was artificially separated only at a later time. In the XVII century, this strip of land was rich in roman factories, but already two centuries later, the island acted as defense of the gulf. At the beginning of the XIX century, it was inhabited by a hermit called The Wizard. It is told that he lived with the charity by the fishermen, but his presence could have induced the people of the place to consider Gaiola as a king of cursed island, reputation due also to the frequent premature death of his owners. 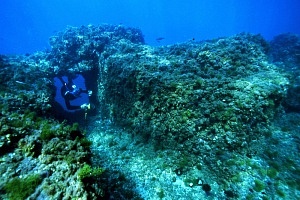 The evocative bottom of the Underwater Park of Gaiola