The ‘two brothers’ of Salerno: between chivalrous battles and greek myths 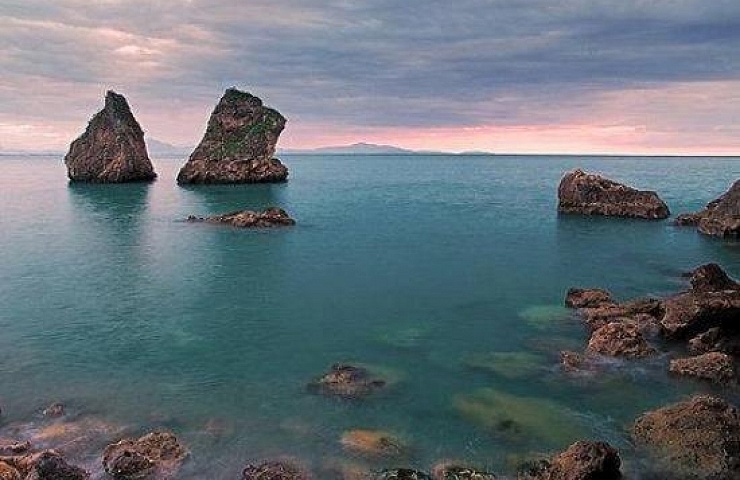 There are two different legends that tell about the two stacks in the bay of Salerno and Vietri.

In the first, the two stacks are called the two brothers. According to the legend, they are two knights, one Christian (Hamphrey from Salerno) and one Arabian (Rajan), who during a battle, in the times of the Longobardic prince Guaifer in the IX century, fought a duel till death; almost died, they realized they were brothers, because one of them had been kidnapped when he was a child.

Instead, the second legend tells that near the beach of Vietri sul Mare, the god of the sea Poseidon put two magnificent rocks to testify the courage of two brothers shepherds sacrificed to rescue a girl from the fury of the waves.

According to the legendary story, one day, on the seashore, the two brothers, while they were supervising their flock of sheep, remained fascinated by the beauty of a young girl who, cradled by the waves, was swimming there. All of a sudden, the sea shook and the two dove with ardor to rescue her from the storm and even the little sheep followed them, but in vain: all drowned. The king of the sea could not rescue them, but struck by such altruism, transformed them into two stacks that from then are called The two Brothers, and the little stacks are still said The little sheep.