Tramonti and its ‘Concerto’ 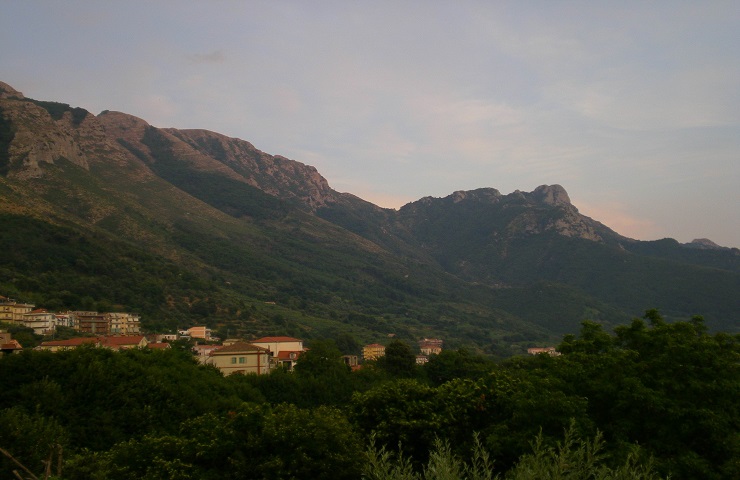 Put on the Lattari Mounts, in the Amalfi Coast, near the Agro Nocerino Sarnese, the wonderful Tramonti rises.

The territory of Tramonti is characterized by thirteen hamlets with as many parish churches, each of which with its patron saint, that is: St. John the Baptist, St. M. of the Snow, St. M. of Assumption, St. Salvatore, St. Peter Apostle, St. Michael , St. Bartholomew and St. Anthony, St. Elia the prophet, St. Felice, St. Francis, S.M. of the Rosary (called ‘del Ponte’) and St. Erasmus.

The origins of the little town are a bit uncertain. The chronicler Andrea Mola from Tramonti tells that the ancient inhabitants of Tramonti were unified in consortium by the Romans, founders of Scala and Amalfi, who built for security reasons on the western side the village of Cesarano, whose foundation dates back to the IV-V century BC. This hamlet was for long time principal fortress of Tramonti and had to face the war against the princes of Durazzo and Aragon of Naples.

In any case, the history of Tramonti seems to be tightly tied with that of the town of Amalfi.

In fact, the same little town covered an important role in the rise of the Amalfi Republic. Nevertheless, when it fell down, also the importance of Tramonti decreased.

The town of Tramonti is very rich in monuments of great historical and cultural interest. Among these, it cannot be left out the Ancient Conservatory of St. Joseph and Teresa, dating back to 1662, or the Castle of Montalto and the Hermitage of St. Catherine.

The Castle of Montalto rises on the mountain with the same name, in the complex of the Lattari Mounts. Once it was a fortress for the defense of the maritime Republic of Amalfi. Today, unfortunately, it remains little of the castle and the annexed chapel dedicated to the Saint, but the path that reaches it offers landscapes of undeniable beauty.

Moreover, the folkloristic traditions are deeply-rooted, in particular the Fair (or feast) of St. Vincent, a manifestation that has been holding for decades in the hamlet of Corsano and that recalls in Tramonti citizens emigrated from time. In the occasion of this Feast, it is held the procession of the statue of St. Vincent, but also the fair of the animals where these are sold together with some objects of local craftsmanship and the fireworks show.

Then, impossible talking about Tramonti without mentioning one of its products of excellence: the liqueur Concerto.

The Concerto is a liqueur composed by herbs and spices realized in the monastery of Tramonti by the nuns who, having available licorice, wild fennel, cloves, nutmeg, edelweiss and calamint, created this infusion of herbs with an alcoholic content of about 30° and known for its digestive properties. 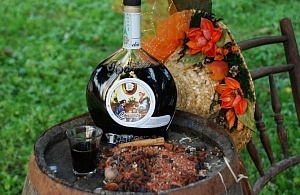