The Great Pull of the Cart of Mirabella Eclano 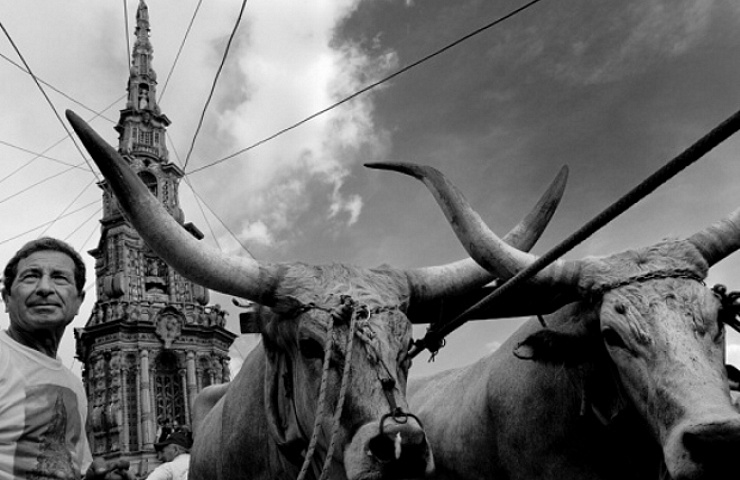 If, at the end of the summer, the visitor chooses to go through itineraries of festivals and celebrations in Irpinia, they will have to consider a stop in Mirabella Eclano, for the evocative transport of the Cart.

The date is fixed: on the Saturday before the third Sunday of September, day in honor of Our Lady of Sorrows, to whom this characteristic festival machine is dedicated, an obelisk high around twenty-five meters whose skeleton is a structure of wood girders covered by handmade straw panels. The Cart is carried by six couples of oxen and a multitude of men, across fields and town streets.

Grabbed at the hemp ropes that branch out of it, the ‘funaioli’ (men who hold the ropes) pull it handy ready to run, loosen the grip or stop the run to avoid the most fearsome event, a disastrous fall considered by the protagonists of this tradition premonitory of misfortune. In 1881 and 1961, the Cart fell down, announcing the famine that affected Irpinia in 1882 and the earthquake in 1962.

The ‘pull’ lasts around five hours and ends with the transport in triumph of the helmsman and the blessing of the animals in front of the church consecrated to our Lady of Sorrows.

This ‘straw jewel’, which is the symbol of the community of Mirabella, embodies at the same time the two aspects, sacred and profane. 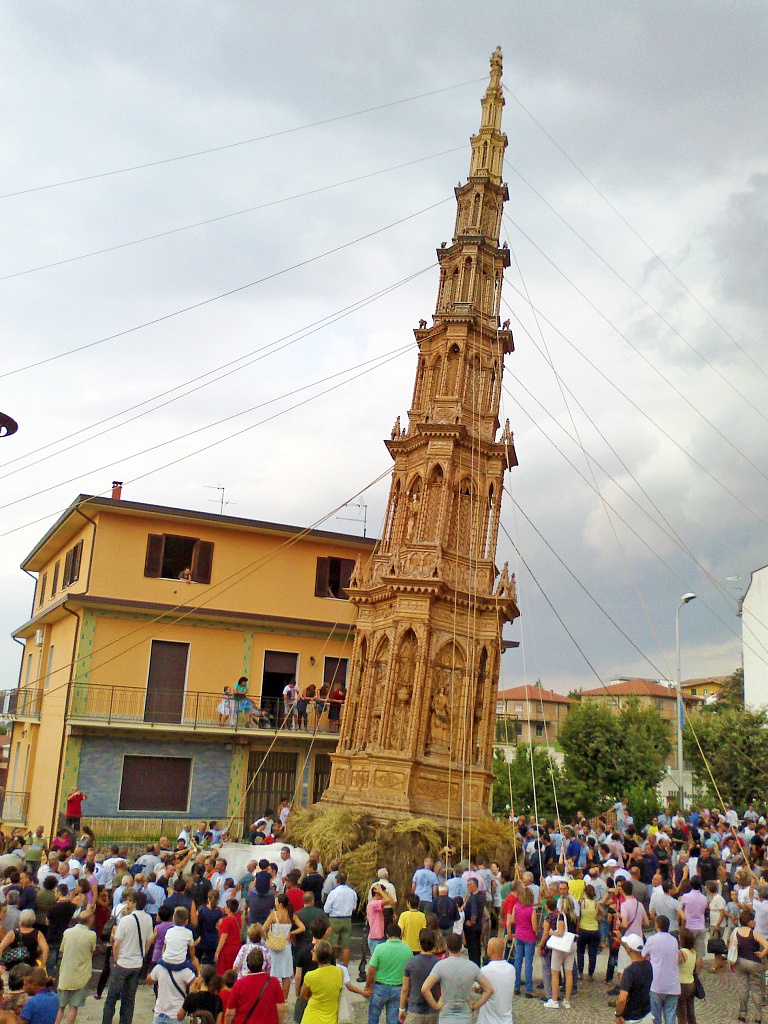 Moreover, the Cart of Mirabella Eclano is disassembled in the tens and tens of panels, wood girders and ropes, to be then assembled again around the end of August in the strengthened pyramidal structure. This aspect seems to remember the fall and rebirth of the vegetation.

The grain has always had a fundamental role for the survival of the human being and for this reason, generally, in the rural rituals is an element of central interest, considered the symbol of the gift of life that can be only a gift given by the gods.

The Cart of Mirabella Eclano was born at the end of 1600, enriched with new and original straw elements, but always linked to the original element that started this tradition, that is, the common two-wheel farm cart.

Regarding the artistic aspect, it enters by right the history of art. In particular, it represents a consequence, although tardive, of the Neapolitan culture climate of Baroque.