Sanza: in the heart of Cilento, a village within the Mountains 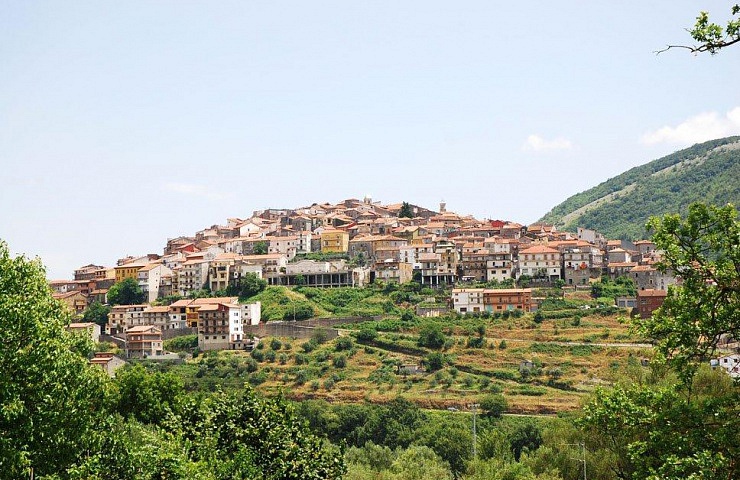 On the south-west slope of Vallo di Diano, in Cilento, with its magnificent medieval village, the Municipality of Sanza, set among the mountains of the chain of Cervati, opens the valley to the Gulf of Policastro.

Sanza, before the Lucanian  and the Roman presence, has always had a strategic and commercial importance as inevitable passage along the ancient ‘salt’ caravan route that connected the coast with the southern part of Vallo di Diano.

Among the first important historical evidences , we remember the contribution of the I c. BC of the Roman naturalist Pliny the Elder, who in the Naturalis Historia mentioned the Lucanians of the Sontini, as members of the confederation of the Lucanians. This makes believe that the ancient residential area was named Sontia and that arose in the flat area of quarter Agno (not much distant from the current settlement), where in the past decades rare but significant evidences have gone to the light as Lucanian crockery and Roman tombstones.

The mount Cervati, covered by continuous snows for at least six months per year, World Heritage Site and Biosphere reserve recognized by UNESCO, as well as highest peak of Campania, represents a site of biodiversity of extraordinary value in Europe. The floral wealth, the expanses of  lavender and a breath-taking landscape make absolutely unique a place where it is possible to visit the most important Karst cave of southern Italy, ‘the Affunnaturo re Vaddivona’(in the local dialect of Sanza). The latter, situated on the Mount Cervato, is accessible by an artificial tunnel dug in the mountain and presents an interesting characteristic: the wet-heat environment that is created inside the sink-hole allows creating a particular micro-climate, where plants and animals, which should not stay at those heights (1070 m.), live. The presence of overhanging walls and waterfalls give the place particularly beauty 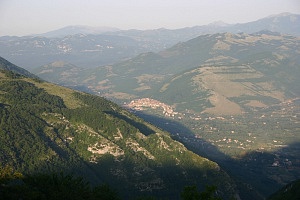