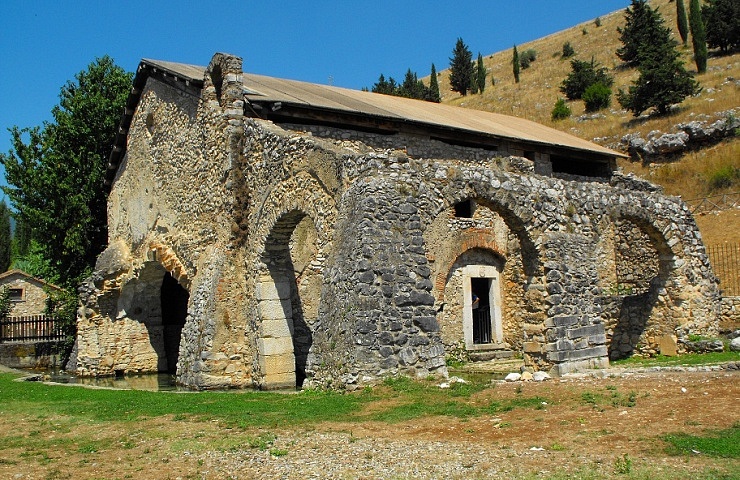 The Early Christian Baptistery of San Giovanni in Fonte

The Early Christian Baptistery of San Giovanni in Fonte, in Padula, is the only one over the world that uses the baptismal water drawing it directly from the spring on which it rises.

Its building dates back to the first centuries of the Christianity. The oldest part of the building of San Giovanni in Fonte is surely that where there is the basin (baptismal font) in which the catechumens 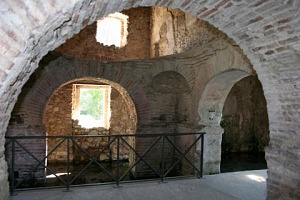 plunged to receive the baptism. While other structures, such as the colonnade, have to be dated back to adaptations and expansions wanted by those (the Templars, the Spedalieri and the local clergy) who have used this architectural complex during the centuries. Here and there, on the blackened and cracked plasters, you can glimpse fragments of frescos depicting the Evangelists and a series of hieratic figures of Saints.

Many consider that the Baptistery has to be included in the most important touristic circuits as soon as possible. This monument is defined, and not wrongly, a chest of history, culture and religiousness.