The Regional Park of the Monti Picentini 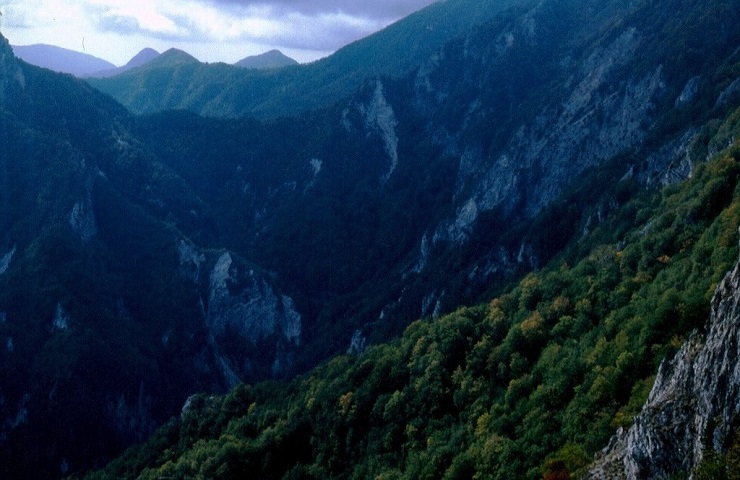 In the heart of the Apennine of Campania, between the provinces of Avellino and Salerno, there is a geographical area of high strategic importance from the natural and territorial point of view: it is the Regional Park of the Monti Picentini.

This park is a protected natural area instituted in 1995 and takes its name from the nearness with the Monti Picentini on which it develops.

Therefore, territorially speaking, it is a vast limestone-dolomitic area whose highest peak is represented by Monte Cervialto, placed in Bagnoli Irpino and high 1810 m., followed by Monte Terminio, Monte Polveracchio and Accellica.

In addition to include several municipalities, such as Bagnoli Irpino, Giffoni Sei Casali, Santa Lucia di Serino and many more, the Regional Park of the Monti Picentini includes inside its zone also the Natural Oasis of the Monte Polveracchio and the Natural Oasis Valle della Caccia.

Very rich are the flora and fauna present inside the Park of the Monti Picentini. Among the trees, there are woods of beech, Turkey oak, maple, alder and chestnut in addition to an area dedicated to the black pine. Instead, for the fauna there are numerous species such as wolves, foxes, wild cats, boars, badgers, martens, tawny owls, golden eagles, but also communities of black woodpeckers, peregrine falcons and salamanders.

Then, the history of the Park is very ancient: trails of frequentations date back to the Paleolithic (Fisciano, Montoro Superiore), to the Neolithic (Eboli, Olevano sul Tusciano), to the Bronze and Iron Age (in addition to the Civilization of the Gaudo testified by Eboli, the Culture of Oliveto Citra and Solofra).

Several are the evidences of settlements of Italic people, Hirpini, Picentes, but also of Etruscan settlements. In fact, in the park, there are about seventeen archaeological areas that represent potential attraction poles and catalysts of cultural interests and activities.

Many the events that periodically are organized in the Regional Park of the Monti Picentini as well as the tourist and landscape itineraries organized to make know at the best its beauties.

Then, interesting is the bond with the last technologies, such as interactive boards present in the park and the use of palmtops that allow the visitor to live an integral experience of knowledge of the place, its history, its traditions, its typical products and its vocations in general. 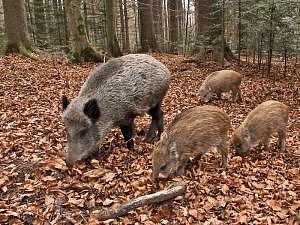 Boars in the Regional Park of the Monti Picentini.