Pozzuoli and its amphitheatres 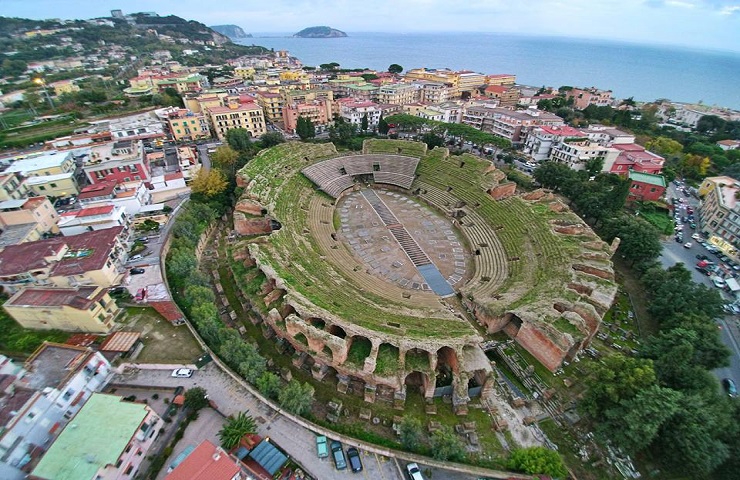 Pozzuoli is among the most interesting places in the whole Neapolitan area.

It is a rich with history district, its monuments and artefacts still bearing witness to an articulated past and artistic heritage.

Situated on the Gulf which bears its name, Pozzuoli rises on a quite sensitive area- that of  the Phlegraean Fields Volcano.

Throughout its history, Pozzuoli has suffered various dominations and probably even changed its name a couple of times until the Roman occupation of Campania in 338 BC, when the city finally gained the name of Puteoli, meaning “small wells” in latin.

What really amazes about Pozzuoli besides its peculiar geographical position, is the rich artistic heritage to be found within its numerous valuable architectures.

Other than the religious architectures, in Pozzuoli –close to the Macellum- it is possible to find a peculiar anarchic monument- a marble block on whose surface the words of Errico Malatesta are carved.  Malatesta has been an Italian writer and anarchist, one of the main theoreticians of the anarchic movement.

Pozzuoli also holds an interesting primacy: it is one of the few cities in the world, along with Rome, Santa Maria Capua Vetere and Budapest, to own two Roman amphitheatres.

More specifically, these are the Flavian Amphitheatre and the Anfiteatro Minore.

The Flavian Amphitheatre is one of the biggest in Italy: it is said to have been built under Nero’s domain and to have the capacity of 40.000 spectators. In its basements it is still possible to see some parts of the system Romans used to lift  the giant cages that brought ferocious animals in the arena to perform bloody fights.

For this same reason, trapdoors were situated on the perimeter of the amphitheatre in order to let tigers, lions and giraffes make their appearance.

The Anfiteatro Minore, on the other hand, was the amphitheatre Pozzuoli owned before the construction of the Flavian amphitheatre. It was smaller and, therefore, less suitable for the scenic necessities of the time.

There are many other symbolic places in Pozzuoli, such as the Antonino Pio Stadium, the Avellino-De Gemmis Villa, the Temple of Augusto and the Roman Necropolis. 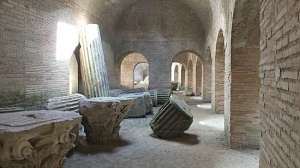