Positano: a magic walk in the heart of the Amalfi Coast 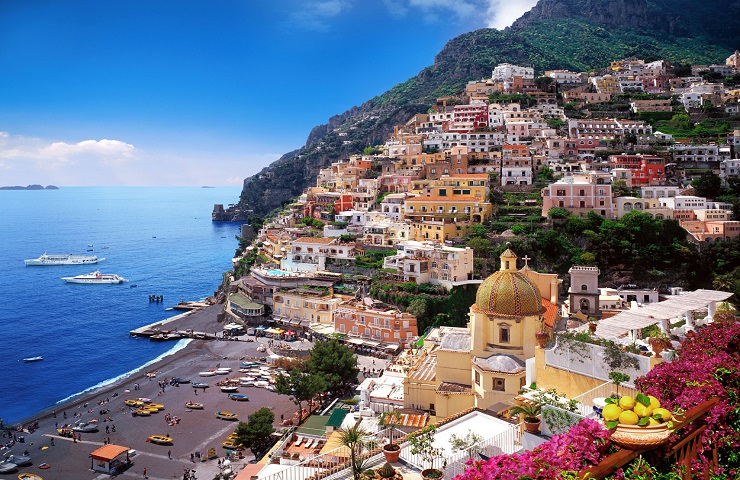 ‘In this incomprehensible landscape, only the sea is horizontal, and everything that is dry land is almost perpendicular’ this Astolphe De Custine, famous French writer and traveler, said visiting Positano.

In fact, this wonderful pearl of the Amalfi Coast, Positano, develops almost entirely vertically, so that from always it is famous for its numerous staircases that lead from the high part of the town until the underlying beaches.

Many of the most famous beaches of Positano, such as the Spiaggia Grande and that of Fornillo, are reachable only on foot. Nevertheless, others, like the beaches of La Porta, Arienzo and San Pietro Laurito, are visitable only by sea.

This element makes understand how the territory of Positano is particular and evocative.

Some of the most ancient hamlets of this village, especially those set higher as Montepertuso and Nocelle, anciently were joined to the center of Positano only through a long staircase. Montepertuso is known from always in these places also with the name of ‘monte bucato’ (perforated mount). In fact, according to the legend, the Virgin Mary with the index finger punched the mount on which this hamlet rises and, in her honor, every year, on July 2, the feast of  Madonna delle Grazie is celebrated.

Instead, Nocelle is a well-known stop of the famous Path of the Gods, accessible also from Montepertuso going uphill. Both the hamlets, even if not easy to reach, have preserved a lot of their charm and continue to attract every year tourists from all over the world.

Wonderful and characteristic are also the famous Saracen Towers. They were built to sight the Saracens who often arrived in Positano to make incursions and raids against the local people.

The first tower stays in the zone of Punta Campanella, at the joining point between the Amalfi Coast and the Sorrentine Coast. The others are positioned along the road to Positano travelling all the Amalfi Coast. A clever and efficient system to give prompt communication of the arrival of the invaders and trigger the defense mechanisms.

Not only monuments, history and tradition: Positano has also an old town center all to discover. A maze of lanes and staircases, full of stores and local craft shops where buying typical products or tasting the famous lemon slush. 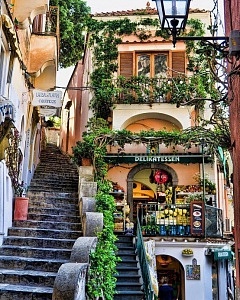 One of the colorful views of center of Positano