The National Museum of Capodimonte 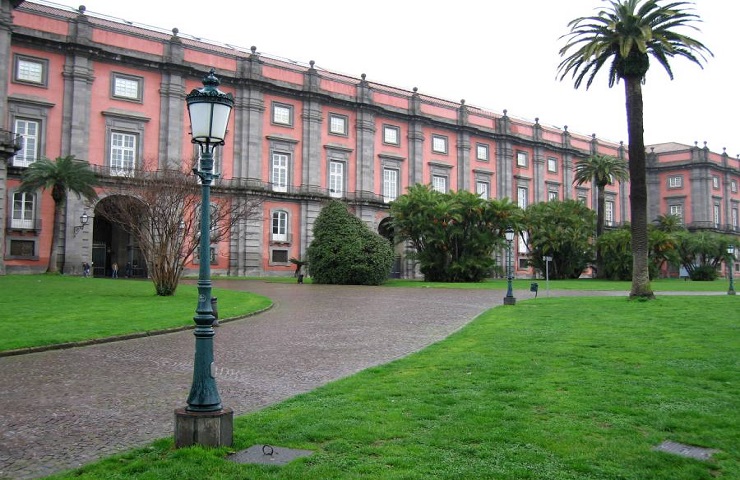 It is one of the most beautiful and visited places of the city of Naples: the National Museum of Capodimonte.

Here, from the year of its inauguration in 1957, art and history combine in a perfect way offering to the visitors the possibility to see by close some of the most wonderful artistic works of all the times, such as those of Caravaggio.

Placed inside the royal palace with the same name, the National Museum of Capodimonte is one of the most famous museums of Naples: among the galleries of ancient and contemporary art, there is also an historical apartment, but it is above all the art the great protagonist of its rooms.

In fact, the National Museum of Capodimonte conserves two very known and important collections: the collection Farnese that includes paintings of some of the greatest painters of the Italian and international scene such as Raphael, Titian, Parmigianino, Bruegel the Elder, El Greco, Ludovico Carracci, Guido Reni and many others, and that of the Neapolitan Gallery that includes artworks by Simone Martini, Colantonio, Caravaggio, Francesco Solimena and many others.

Nevertheless, in addition to the most ancient art, there are also important contemporary artworks, like ‘Vesuvius’ of the father of the pop art Andy Warhol.

In particular, the National Museum of Capodimonte is placed on three levels of the royal palace of Capodimonte and the disposition of the artworks dates back to the last works of restoration finished in 1999.

At the ground floor (and part of the basement), there are the services for the visitors and some didactic rooms. At the mezzanine floor, there is the Cabinet of Drawings and Printings and the expositions of the Private Nineteenth century and of the Mele posters.

Finally, at the third floor, it continues the part of the section of contemporary art and there are the Gallery of the Nineteenth Century and the photographic gallery too.

The rooms dedicated to Caravaggio and to his students are among the most sought-after and visited every year. In particular, the room 78 is dedicated exclusively to the famous artwork ‘Flagellation of Christ’ of Caravaggio, an artwork that inaugurates the great age of the Neapolitan Seventeenth century. In fact, Caravaggio has been particularly active in Naples between 1606 and 1607 and between 1609 and 1610, and has contributed in deeply transforming the sacred painting of the city making it simpler, more essential and darker.

In the room 79, instead, they have been hosted artworks of the so-called Caravagesques, artists who in their works take inspiration from the pictorial and thematic style of Caravaggio, such as Filippo Vitale, Carlo Sellitto and Battistello Caracciolo, the greatest Neapolitan Caravagesque and many others.

One of the rooms of the National Museum of Capodimonte