Naples, the Decumanus and the charm of San Gregorio Armeno 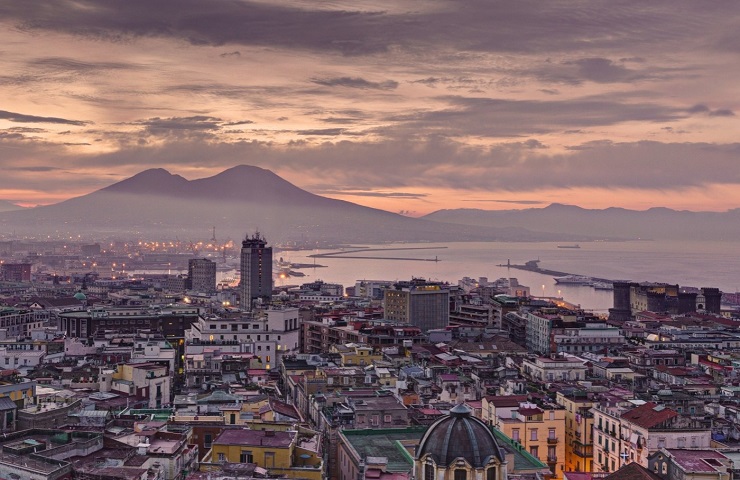 Naples is a city very rich in history, legends, traditions and typical places with a special charm.

Among these, there are also the Decumanus.

The Decumanus of Naples are three very ancient streets, created at the end of the VI century B.C., which represent from many points of view the oldest heart of the city. The three are parallel to the coast and among them, these ancient streets cross all Naples, from east to west.

Instead, their name would be wrong because they would have not been built in Roman age, as the term ‘decumanus’ would suggest, but as Greek colony.

In particular, the central street of the Decumanus is a bit bigger than the lateral ones and represents the most ancient street of Naples, corresponding to the current Via dei Tribunali.

In the center of the principal Decumanus, it rose the agora, typical square of the Greek age, and then the Forum, in Roman age.

The agora, which today corresponds to Piazza San Gaetano, was divided into two by the biggest street. In the northern part, the religious functions were held. Instead, in the southern part, the market, the aerarium and other structures with civil functions rose.

Via San Gregorio Armeno, in this period, is one of the most spectacular places of Naples.

In fact, in the Christmas time, this street, historically dedicated to the artisan shops of the art of the nativity scene, lights up with the Christmas lights transforming into a unique place.

The tradition of the nativity scene of San Gregorio Armeno has a very ancient origin. In fact, in classical age, it rose along this street a temple dedicated to Ceres to whom the citizens offered, as ex voto, little terracotta statues, made in the near artisan shops.

So, from the beginning of November until the 6th of January, Via San Gregorio Armeno becomes a great open-air exhibition that enchants Neapolitan citizens and tourists coming from every part of the world. 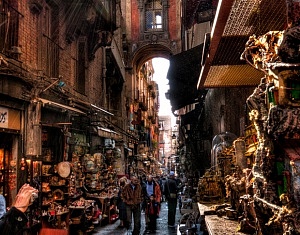