Museum of the Herbs of Teggiano 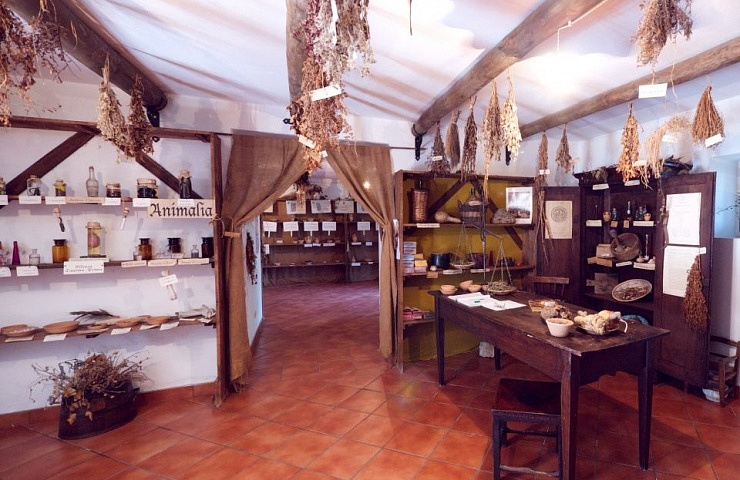 The Museum of the Herbs of Teggiano, with Viridarium, represents the reference point of numerous social categories from the professionals to the students, the farmers, the artisans, the housewives, the researchers, the scholars, the onlookers of the Province of Salerno and Region Campania.

The Museum of the Herbs has been inaugurated in June 1999 and is situated in the old town center near the Convent of the Holy Piety. It develops in different sections:

Nicola di Novella, scientific chief of the Museum of the Herbs of Teggiano, describes it in this way: a place of experimentation, of confrontation, of debate and of scientific divulgation, for the future of medicine and to better understand the world of plants. Here the meaning of a Museum of the Herbs in a protected area like a national park and managed with the chrisms of the most orthodox deontology and of the most conscientious professionality.

‘Although many not only ancient, but still modern, have written compositions about virtues and tests of the medicaments; nevertheless, dear Ario, we will make an effort to demonstrate you that not in vain, but with reasonable study, and soul concept, we have started to deal with this subject. For this reason, some of them did not carried out it perfectly, and others dealt with many things, brought from the history of the others’. Andrea Matthioli, Sienese doctor of the XVI century.