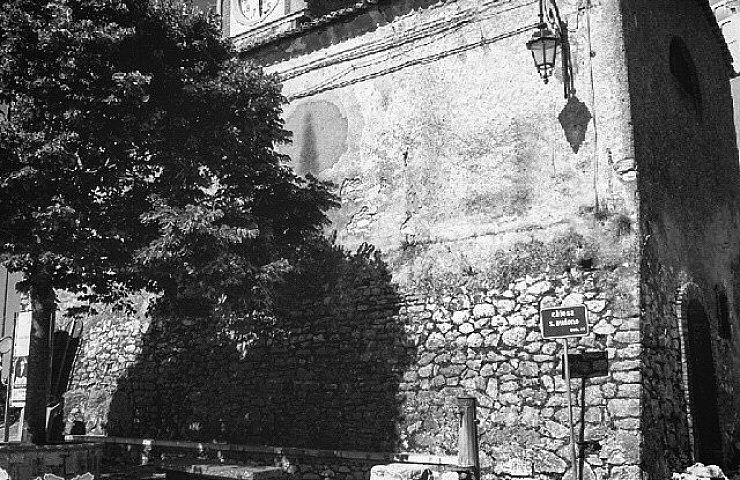 Montaperto is an hamlet of Montemiletto clearly separated and with a precise historic and urban connotation, so as it can be considered a separate village.

The Longobardic castle rises behind the main street and not faraway from the churches of St. Audenio and St. Eustachio.

Very probably, several interventions over time have partially altered the original structure, even if, in its entirety, this should be mirrored, faithfully enough, in the current building.

The underlying image on the left represents probably the entrance gate (note the round angular tower, on the left), while the other image on the right shows a view from the bottom of a side of the Longobardic castle. 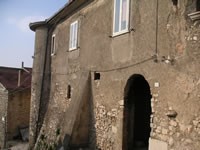 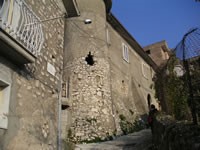 The village of Montemiletto, of whom Montaperto is part, rose at the dawn of the Middle Ages even if the zone has been frequented since Prehistory. The first sure news date back to the XII century. It was feud of Della Leonessa and De Tocco until 1806. The old town center of the village develops around the Castle della Leonessa, located in a dominant position on the hills of Irpinia. The ‘door of the earth’ is an ancient arch near the castle, once passed through you arrive to the district called in dialect ‘N’coppa a piazza‘ (on the square), that is, Piazza Umberto I, where moreover there is the main entrance of the castle. It is equally important the Medieval Hamlet, which winds along Regina Margherita Road and the numerous ‘ruve‘, characteristic stone alleys.