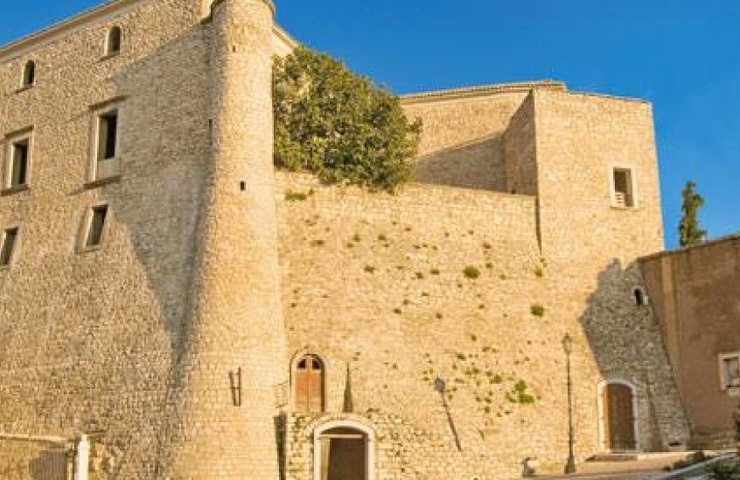 Montemiletto relives the Middle Ages with the two days event of ‘Fabula Ignis, the bonfire at the court of the Tocco’.

Through a real time jump into the past, ‘Fabula ignis’ wants to remember the ancient custom of the ‘focaraccio’ (bonfire), in honor of the Virgin Mary, in the night between the 7th and 8th of December. Moreover, the event aims at bringing back to light the ancient traditions of the Tocco family reigning in the millennial village of Montemiletto, from 1250 to 1805. Therefore, ‘Fabula Ignis’ represents an immersion in the past, aiming at making the entire community identify in the Middle Ages thanks to the background of the magnificent and characteristic ‘Lioness Castle’, with background music and tastes of the typical medieval cuisine, with the potato under the embers and the roast chestnuts.

The reassessment is organized into three levels of the Castle della Leonessa: at the ground floor, in the courtyard, the huge fire, center and symbol of the manifestation, is lit and continually revived; at the first floor, dances of ladies and knights (before) and valiant warrior women (later), while at the top, where you can enjoy a wonderful view of the surrounding territory from the little windows of the castle, the ‘Brigade of the middle-earth’ recalls the ancient southern folk in the folk singings that decline the death to marry the life in the most ferocious and sincere way.

Thinking it deeply, what is presented on stage in Montemiletto, in all the beauty, the splendor and the enthusiasm of the first times, is a real time ascension.

Going up to the castle, you arrive closer to today, leaving the earth to enter the myth, much closer to the truth of much part of the modernity. The little defects are forgiven in front of this passion and the presence of innovative ideas. Finding the tarantella montemaranese with the medieval dances is a pleasant surprise. And in fact, those elegant and rhythmic dances, mixed with the excited frenzy of the moves of tarantella are a time vortex between paganism and Christianity from which it is difficult to separate in the metaphoric value more than in the quality of the execution. 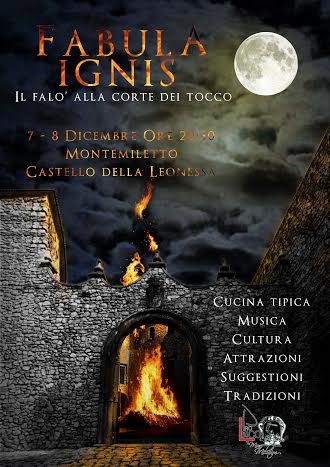 The aim is to put in contact the young people with the history and the beauties of Montemiletto. The second is, indirectly, the tourist one. The desire is to make become ‘Fabula Ignis’ a real tradition.

Turning your back to the castle, on the way back, an image, more than the others, remains inside as a Hamletic doubt. From the little windows of the last floor of the fortress, looking at that corner of heaven imagining yourself as a lord that was giving that land to his son. That land as the most precious gift, created by God but lived by men, to whom one voice, as hypnotic wave, gives body and ancient and modern color at the same time… In short, we ask ourselves: is it possible that this deep sense of the land and of the history is able to reawaken itself through these events?

Well, try to find this answer in the tastes and the music of the Castle della Leonessa.