The Marine Protected Area of Punta Campanella: between legends and projects 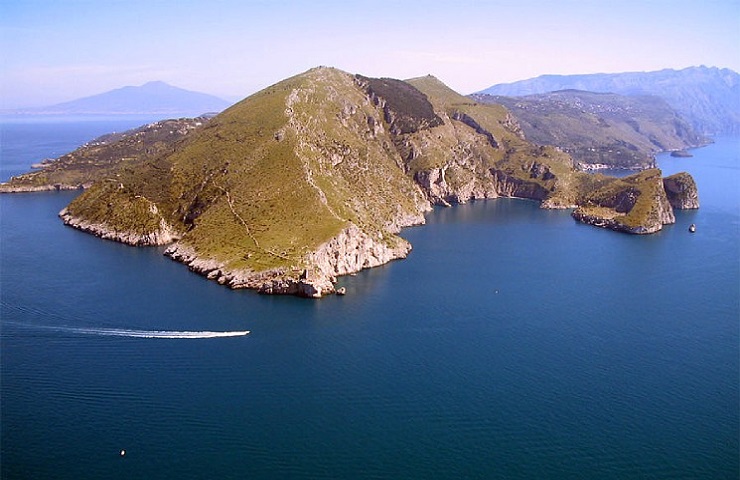 The Marine Protected Area of Punta Campanella is a marine reserve instituted in 1997 and stays in the outer part of the Sorrentine Peninsula.

The particular position of Punta Campanella, separated by the Bocca Piccola from the Island of Capri, dominated by the Mount San Costanzo and delimited by the Bay of Jeranto, makes it a real pearl to preserve.

Thanks to its special characteristics, it is rich in history and legends. One of the most famous narrates that on Saint Valentine’s day, some pirates disembarked in Sorrento to steal the whole content of the Church of Sant’Antonio Abate, included the bells. Nevertheless, while they were running away, the pirates arrived in Punta Campanella, were caught by a storm and their ship sank. From that day, it is said that every year, exactly on Saint Valentine’s day, the stolen bell tolls from the bottom of the sea.

A fascinating legend that would explain also the origin of the name of this special zone. It has become from about twenty years a marine protected area.

In fact, today, Punta Campanella has some delimited zones of integral reserve, real heart of the reserve. They are prohibited for all those activities that can disturb or damage the marine environment.

Instead, in the zones of general reserve are allowed, upon authorization of the managing authority, some activities with low environmental impact, as it is a really delicate ecosystem, absolutely to preserve.

In addition, there are some zones of partial reserve where, instead, some activities with moderate environmental impact are allowed. Nevertheless, generally, anything can disturb these pure waters, fishing too, is not advisable.

In fact, the Marine Protected Area of Punta Campanella is included in a landscape characterized by a high biodiversity that is still object of scientific studies of the scholars of the entire world. Its variety is favored by particular microclimates due to a unique geomorphological asset in which arid and sunny slopes, deep valleys and humid environments alternate, where it is possible to find the rare phenomenon of the vegetation inversion.

Therefore, the marine area of Punta Campanella is house of numerous scientific activities, often also to control and preserve some rare species that are in this zone, such as the Audouin’s gull, a species not common in the Mediterranean.

Many also the didactic activities, integral part of the projects of Punta Campanella. For this purpose, it has been created also a Center of Environmental Education ‘Punta Campanella’ that has the objective of disseminating the culture of the sustainability with actions of training and information addressed to Schools, Public and Private Institutions, hikers and tourists. 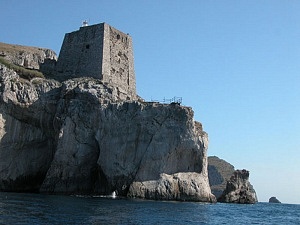