Marina di Camerota: a magic travel in its grottos 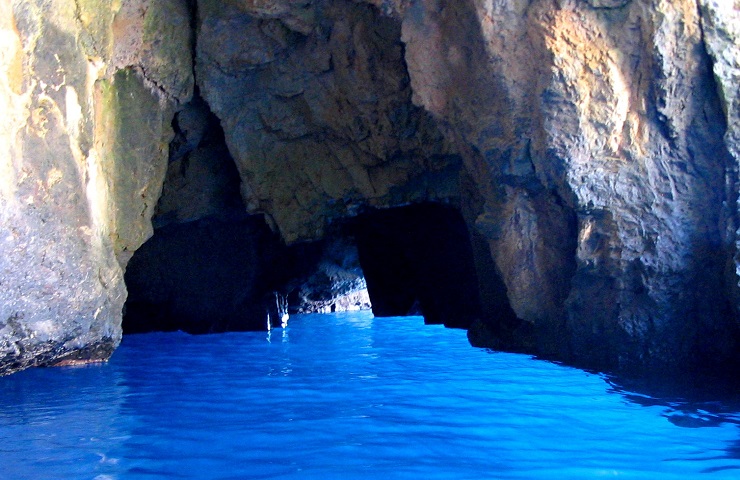 Marina di Camerota has surely to be included among the places of main tourist interest of the province of Salerno.

Immersed in the National Park of Cilento and Vallo di Diano, Marina di Camerota is protected by Unesco as world heritage site and is reserve of the biosphere too.

A magic place where there is not only a wonderful sea, but also many elements of naturalistic and cultural interest, starting from the famous paleontological grottos.

In fact, thanks to the karst nature of the soil, Marina di Camerota is very rich of grottos in all its territory, and for this, it is among the places of main interest for the same paleontologists. In many of these, there have been important archaeological findings, but not only. Their naturalistic beauty makes Marina di Camerota one of the most interesting and magic places of the zone. Important findings have been made also near Capo Grosso where, at the end of the Seventies, a fossil dune has been discovered, containing some finds of the Paleolithic and Neolithic age.

Always in this zone, they have been also found probable remains of an Acropolis, maybe of Greek origin.

Some grottos, like those near Cala del Cefalo, were once inhabited by the shepherds. Among the most interesting and beautiful ones, we cannot avoid mentioning the Fish Grotto, the Autaro Grotto and the Caprara Grotto. Very renowned also the Sepulchral or Poggio Grotto, the Manfregiudice Grotto, the Serratura Grotto, the Cala or Prehistoric  Man Grotto and the Refuge of the Poggio or Nicchia Gamba.

Instead, many other grottos are reachable only by sea. So, arriving is not very simple, but it is worthwhile to try to visit them by boat, for their beauty. They are Santa Maria Grotto and the Grotto of the noglie or noie. The wonderful Calanca Grotto, instead, has been lost because of a fall.

One of the grottos of the zone of the Lentiscelle, where there is a wonderful beach of stones and pebbles, has been temporarily used as little open air museum where the Lion of Caprera has been exposed. It is a schooner 9 meters long for three tons with two masts, built in 1879 by the shipwright Luigi Briasco from Montevideo. The name comes from Giuseppe Garibaldi who was exiled in Caprera. It is narrated that one of the three members of the crew, a certain Pietro Troccoli, was citizen of Marina di Camerota. 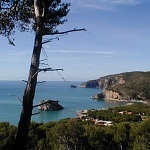 The view of the wonderful coast of Marina di Camerota.