The majestic flow of the river Calore 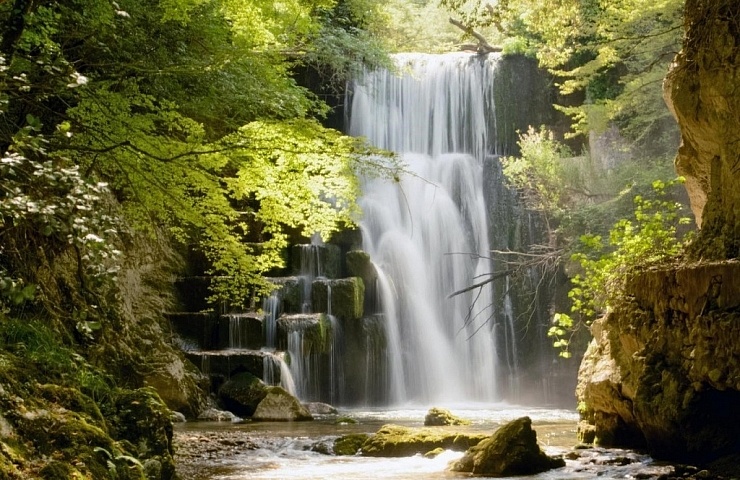 The river Calore, among the most important flows of water of Southern Italy, rises from Cervati, the highest mountain of all Campania.

Along its 108 km of curvy path, the river Calore swells with the waters of numerous tributaries. Maybe, its name derives from the particular temperature of the water, higher than the average. According to the local historian Alfonso De Blasio (‘Historie controverse dell’antichissima città del Sannio, oggi Benevento’ of the XVII century, unpublished work of which many parts have been lost), the name would rather derive from the oscan calor, meaning ‘river’, ‘that flows’ (from the Indo-European gal or cal, meaning ‘flowing’). Particularly cleaned, in some tracts, it allows the survival of the otters and is surrounded by the verdant Mediterranean scrub.

The Calore, along its flow, offers us the view of wonderful places: imposing waterfalls, deep and inaccessible gorges, tracts where the river flows clear and pure, between rocks and leaps surrounded by a luxuriant and uncontaminated nature.

In some points, the river is rich of trouts that, in its cold and tortuous waters, find an ideal habitat.

Among the most enchanting places of the entire itinerary, the gorges of the Calore between Felitto and Magliano are a show of rare uncontaminated natural beauty. Vortexes, little waterfalls, flat areas, caves, natural bridges are the result of the millennial flowing of the water among the rocks. The gorges are walkable thanks to an equipped path.

The river Calore springs from the typical mountain water streams, which rise from sources on Mount Cervati. The river flows among wood gorges with crystalline water, hosting the otter, the endemic spectacled salamander and some species of the aquatic fauna of the clean and clear waters.

The water that flows embedded among the rocks, has given origin to particularly suggestive phenomena. It is one of those formations called ‘Giant’s Potholes’ that are semispherical cavities, produced by the whirling flowing of the waters ‘reinforced’ by the mechanical action of sediments carried by them (stones and pebbles).

Each period wants its excursion and the nature of the river Calore offers to the enthusiasts, one typical for any season. During winter, the rocky places exposed to the sun are preferred; in autumn, spaces where it is possible the research of mushrooms; in spring, the flood sources are a real show of the nature. When summer arrives, it is the moment to do rafting and the River Calore offers several possibilities of itinerary: from easy, to medium and difficult and the places to discover are nearly uncontaminated.