Kingdom of Neptune: the marine protected area among Ischia, Procida and Vivara 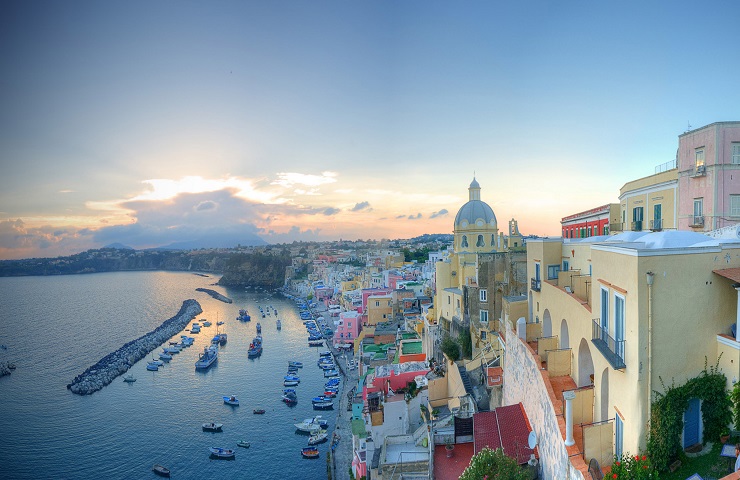 One of the most wonderful zones of Campania is certainly the marine protected area of the Kingdom of Neptune.

With a surface of sea of 11 thousand hectares, the marine area of the Kingdom of Neptune includes all the segment of sea that surrounds the Phlegraean archipelago, composed of the islands of Ischia, Procida and Vivara.

These three islands, rich of thermal sources, are part of a still active big volcanic complex.

The first island of the Kingdom of Neptune is Ischia. Rich of a luxuriant nature, Ischia boasts wonderful beaches and many cliffs on the sea, coves and marine clefts. The thermal waters of the Island are known and used from ancient times. In fact, the volcanic nature makes Ischia one of the main thermal centers of Europe. Instead, among the architectural works, they stand out the Archaeological Museum of Lacco Ameno, the Garden Museum of Lady Walton, called La Mortella and the Aragonese Castle. Famous also the Tower of Guevara and the Ravino Gardens, Tropical-Mediterranean botanical park.

The second island of the Kingdom of Neptune is the wonderful Procida. According to the Greek myth, here the battle between giants and gods occurred, when Mimas was put under the island. Halfway between the caldera of the Phlegraean Fields and that of the island of Ischia, Procida has a rocky nature, but a certainly colored soul. In fact, its territories shines of the green of the vegetation and the yellow of the lemon plantations. However, not only luxuriant nature. Procida preserves intact the heritage of villas and gardens, as well as also the splendid maritime hamlet of Corricella.

From the architectural point of view, in Procida more characteristic elements as the arch and the rampant staircase stand out.

Finally, Vivara: little and uninhabited, the third island of the kingdom of Neptune is a Natural Reserve of great importance. A curiosity: in 2001, Vivara has entered the Guinness World Records thanks to the world longest Tibetan bridge. Built between the promontory of Santa Margherita in Procida and the islet of Vivara, the bridge, long 362 meters, was realized between July 2 and 10, 2001. 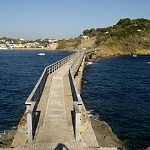 The long bridge of Vivara, entered the Guinness World Record in 2001.