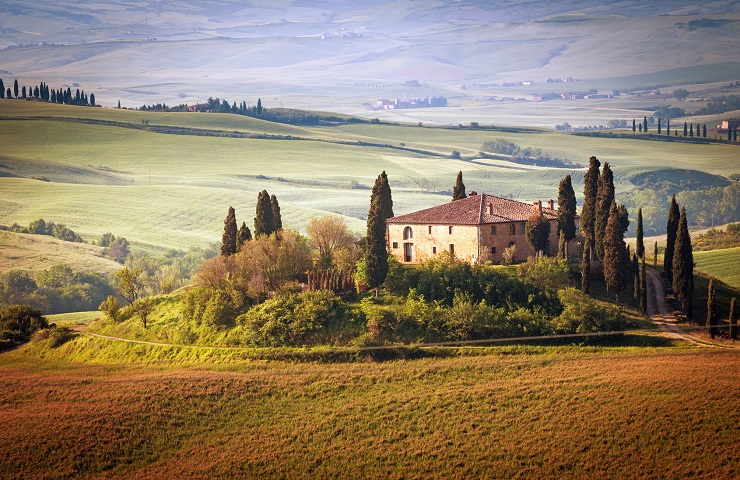 Last October 1, in the occasion of the IV edition of the National Assembly of Igers Italia, the community that puts together all the national Instagramers and to whom also Insolita Italia participated, three days were organized to discover three localities, with the aim to enhance the Tuscan territory.

The third tour stopped in the zone of Val di Chiana.

Geographically, Val di Chiana is a valley of alluvial origin of Central Italy, between the provinces of Arezzo and Siena, in Tuscany, and between those of Perugia and Terni, in Umbria.

In this zone, in his ‘Italian Journey’, Goethe wrote:

«It’s not possible to see fields more beautiful than these; there isn’t a single gorge which isn’t perfectly farmed, prepared for sowing. The wheat thrives, finding in these lands the necessary conditions to make it flourish. In the second year, they seed broad beans for horses, since here oats do not grow. They also plant lupin beans, which now are green and will bear their fruits in March. Even the flax is sown; in the land, the winter with its cold and frost makes it stronger. »

During the tour organized by Igers Italia and Insolita Italia, the first stop was Cortona with the visit of the farmstead ‘Baracchi’ Il Falconiere, an elegant farm villa characterized by the pleasures of tasteful food and good wine, and related tasting. 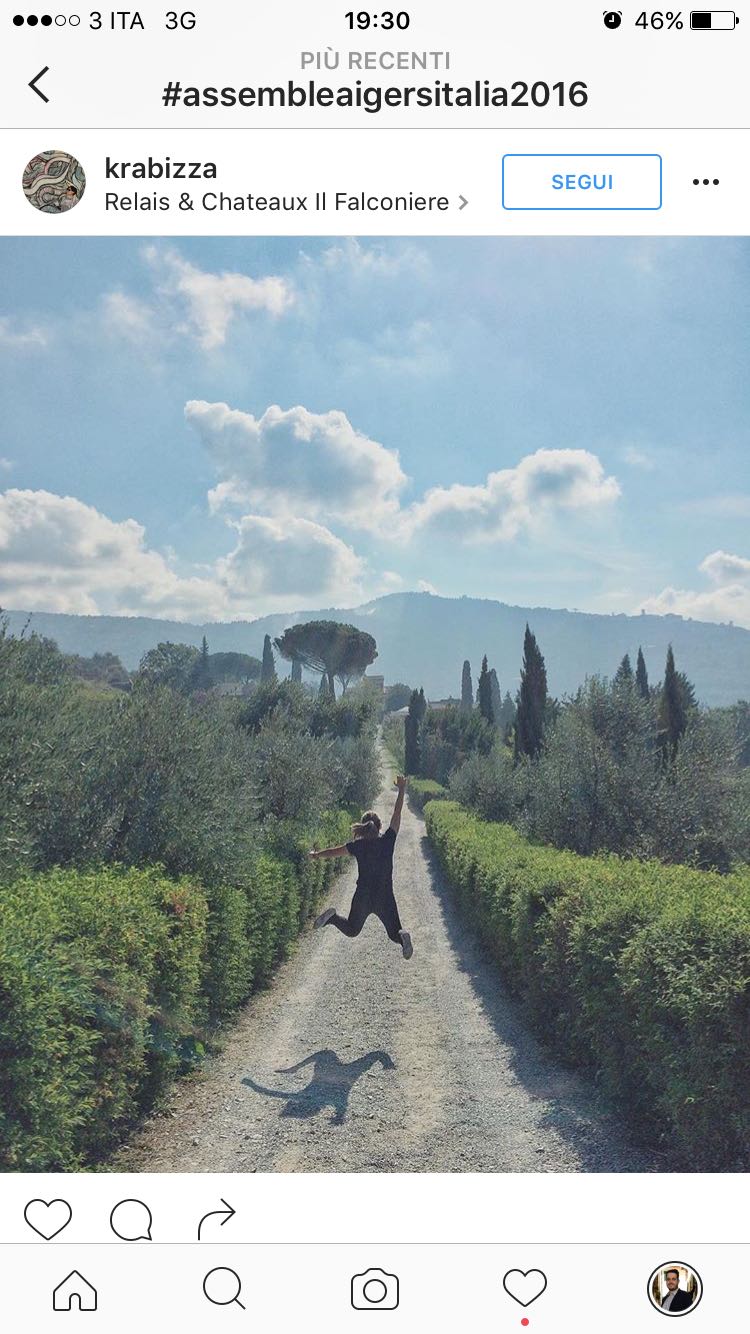 Immediately after, it was visited the Museum Maec, that is the Etruscan Academy Museum of the City of Cortona, one of the most important museums of the town. The palace Casali, seat of the museum, was probably built during the XIII century and was house of the family that from 1325 held the domination of the town of Cortona. Among the most famous artworks of the Museum, there is surely ‘Maternity’, by the famous futurist painter Gino Severini, but also the Etruscan chandelier, one of the most valuable, known and important pieces stored in the Museum.

Then, it could not lack during the tour in Val di Chiana a visit to the Girifalco Fortress. Put on the highest point of Cortona, this fortress almost dominates the residential area and was built with the project by Gabrio Serbelloni in 1561, for the will of the Grand Duke Cosimo I de’ Medici. 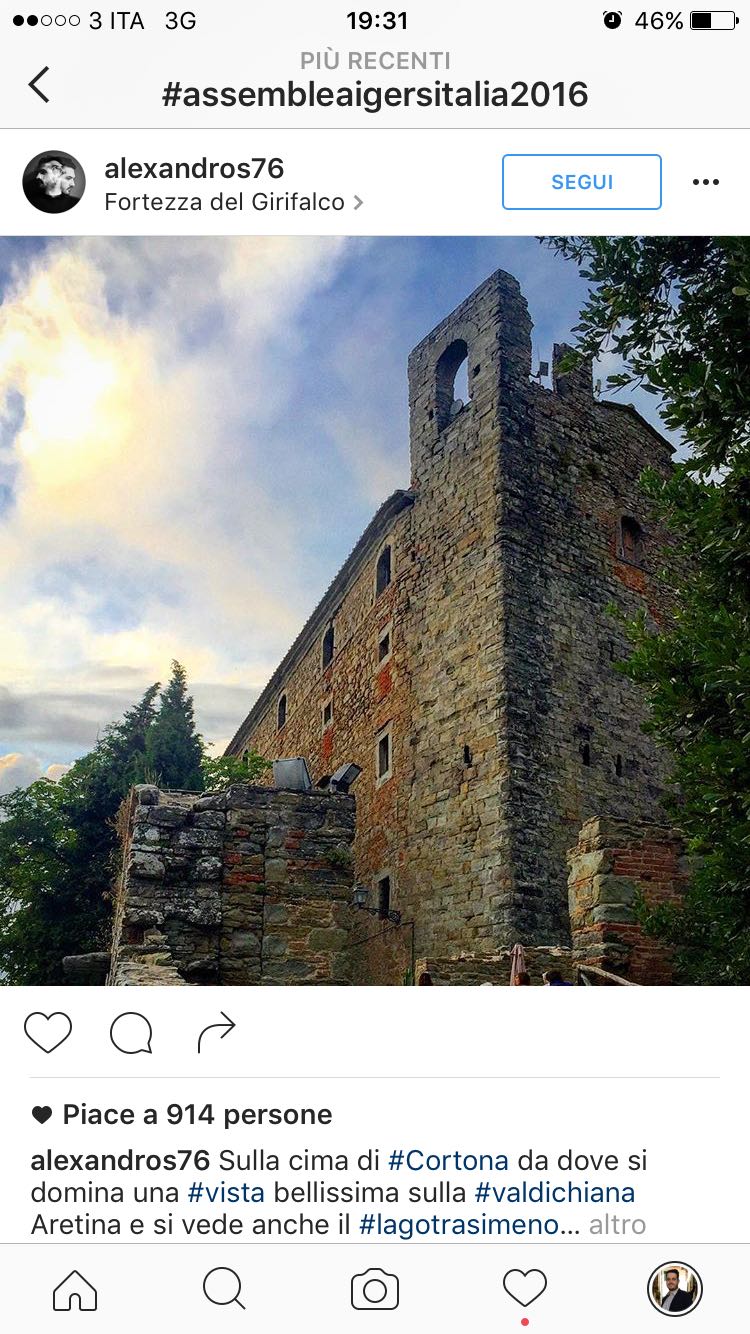 Finally, the tour organized on the occasion of the National Assembly of Igers Italia, with the participation of Insolita Italia, continued with a walk in the wonderful Old town center of Cortona, dominated by the Cathedral, the Basilica of Santa Margherita and many other monuments, religious and not only. Then the visit ended with the photographic exhibition ‘Cortona on the move’, an international festival that proposes the excellences of the world photographic overview through exhibitions, workshops, events and initiatives for emerging artists.