Discovering the Campi Flegrei and their treasures: between myth and legend 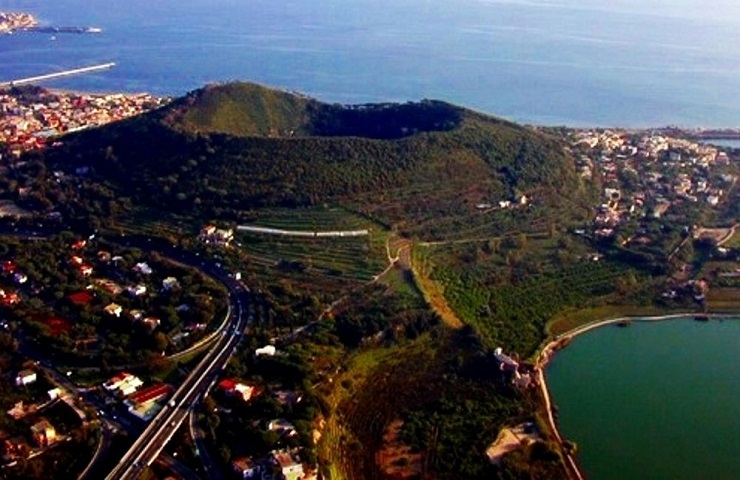 In the heart of Campania, exactly in the north-west zone of Naples, the famous Campi Flegrei (Phlegraean Fields) rise.

Originally, according to Diodoro Siculo, the definition ‘Phlegraean’ was attributed to the area between Massico Mount and the mounts of Caserta until the Lattari, but the name was given taking the cue from the Greek phlegraios (that is ardent) for the abundance of hot sources and thermal waters. Therefore, perfect definition to identify this very particular zone of volcanic origin made of twenty-four craters of which some still have effusive gaseous manifestations (Solfatara).

The intense volcanic activity and the well-known phenomenon of the bradyseism have always contributed to foment the myth concerning the Phlegraean Fields, become in the legend as the result of the battle between Gods and Giants. According to Apollodorus, Gaia (the Earth), angry against Jupiter and the Gods for the lot inflicted to the Titans, had given birth to the Giants, monstrous creatures who would have attacked the Gods. These, in difficulty, would have been helped by Hercules and succeeded in defeating them, but some of these creatures would have remained alive under the Epomeo, Procida and the Vesuvius.

Even the famous poet Virgil went to the Phlegraean Fields where it is said there is his grave.

Apart from the legend, from the point of view of the volcanic activity, about forty thousand years ago, the peak was reached with the explosion of the Archiflegreo volcano that scattered heaps of pyroclasts in all Campania. These, with the time, contributed to create the tuff, widely used since ancient times as building stone. Instead, historically, the latest big eruption dates back to 1538: in that occasion, the volcanic activity and the related volcanic sediments brought to the formation of a new crater hill, denominated Monte Nuovo (New Mount).

Therefore, the Phlegraean Fields represent a very particular land, both from the geophysical and the historical point of view: the presence of the sea, the innumerable lakes and the green mounts create an extraordinary landscape that hides numerous treasures. From the lakes Lucrino, d’Averno, Fusaro and Miseno to the naturalistic oasis (like that of Montenuovo), from the fumaroles to the volcanos until the Baths, the Phlegraean Fields preserve an inestimable archaeological heritage to discover. 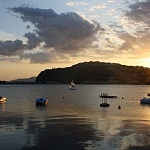 The wonderful Miseno lake, in the zone of the Campi Flegrei (Phlegraean Fields).