The devil’s bridges: a magic story in Salerno 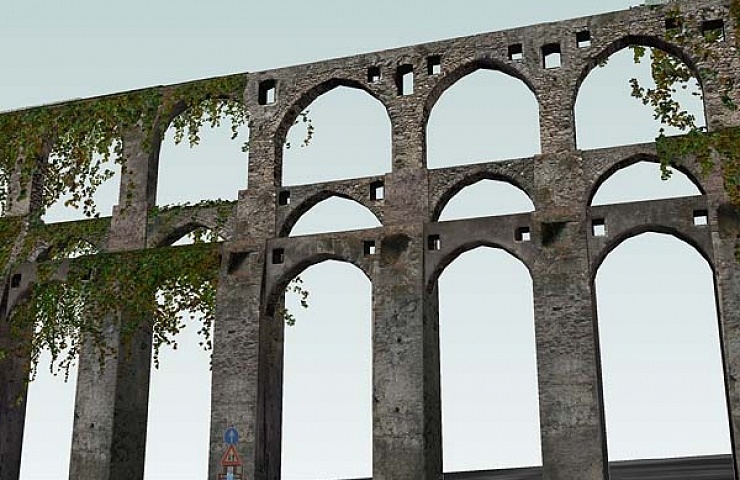 The characteristic architecture of the medieval aqueduct of Salerno has aroused the imagination of the people of Salerno who from always call it the arch of the devils (‘l’arco re’ riavule’).

The Aqueduct of Salerno has a long and glorious past, made of stories and legends, of very important artistic ‘records’ and of exceptional engineering functionality.

The legend tells that the arches became visible to the citizens suddenly, overnight, as for a demoniacal magic. And, with their appearance, they scared the citizens because of their unusual and lugubrious pointed shape, recognizable in the original pointed arches.

Actually, for the first time, in a still Roman architecture era, it was realized an ogival arch, typically gothic. Only from the year 1000, the ogival arch will be used in other aqueducts. Therefore, the Devil’s Bridges benefit from this important record, representing a huge innovation, regarding the period when they were built.

The pointed shape of the arches stimulated the imagination of the people of Salerno. During the centuries, the legend that the known alchemist Pietro Barliario had been their maker propagated: he had made a pact with the devil who had given him a troop of devils to realize this work. 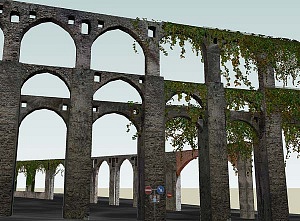 Actually, this legend is anachronistic as well as unlikely: Barliario lived in a period following the building of the Arches.

Moreover, the Aqueduct crosses its history with that of the highest institution of the history of the town, the Schola Medica Salernitana.

Even here, the legend tells that under the Devil’s bridges, to take refuge during a stormy night, the four founders of the Schola Medica Salernitana met: the Arab Adela, the Greek Pontus, the Jewish Helinus and the Latin Salernus. The four were wounded and started to medicate one another. So, they realized that anyone had a different way to take care of themselves and remained fascinated by the medical culture of the others.

This legend is a kind of exemplifying metaphor about what happened in those years (IX – X century) in Salerno: there was an extraordinary multicultural and multiethnic environment, which in fact was at the base of the contamination of important medical knowledge among the several ethnic communities present in the city (indeed Latin, Greek, Arab and Jewish) and made start the Schola Medica Salernitana. Exactly the existence of this legend, set at the Aqueduct, makes understand how much the Devil’s Bridges were a well-known and recognizable place in the common feeling not only in Salerno, but probably in all the South of Italy.