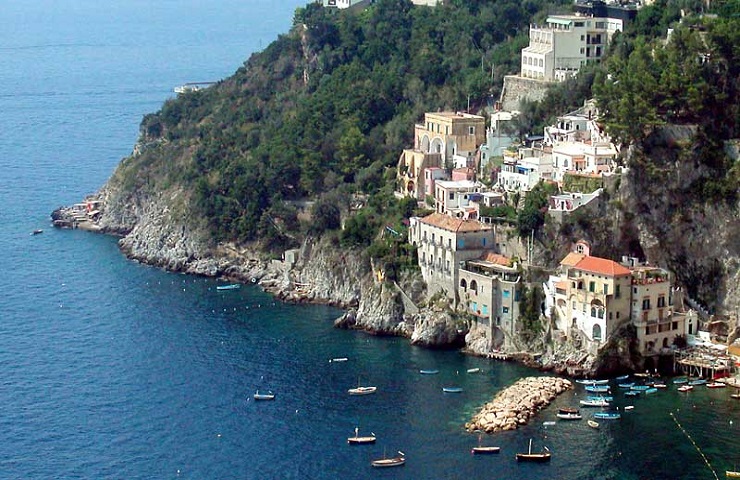 Also called “Sailors’ Town” because of numerous sailors, expert of sailing who once lived there, Conca dei Marini brings its name from the particular geographical conformation with the shape of a basin and from the nearness to the sea.

This pearl of the Amalfi Coast has many symbol places. From the beaches to the towers, from the monuments to the sacred buildings, without forgetting the wonderful natural caves.

For example, really evocative is the chapel dedicated to Saint Mary of the Snows. It rises in the zone of Marina di Conca, a little bay surrounded by numerous white little houses. It represents the main beach resort of the village and also the harbor where still today the fishermen’s boats dock.

Among the sacred buildings, we cannot forget the Monumental Complex Church of Saint Mary of Grado, with the Monastery of Saint Rose of Lima, the Church of Saint Pancras Martyr and that of Saint John the Baptist. Many are the monuments of religious and cultural interest.Conca dei Marini is also famous for the Tower of Capo di Conca, also called Saracen Tower or White Tower. It is an ancient watchtower dating back to the XVI century, which rises on the promontory of Capo di Conca. According to the historical sources, this famous tower was made built by the viceroy of Naples Pedro de Toledo to protect the territory against the Turkish invasions.

Among the naturalistic beauties of Conca dei Marini, the Emerald Cave stands out. It is a karst cavity partially invaded by the sea. The angler Luigi Buonocore discovered this wonderful cave, symbol of the town, in 1932.

Therefore, a lot of history and culture in Conca dei Marini, but also typical products that have made this wonderful town famous. One of the most famous and known is, without doubt, the Sfogliatella Santarosa, according to the legend, casually created. In fact, it seems that, in the XVIII century, the Dominican cloistered nuns of the Monastery of Saint Rose of Lima created this tasty sfogliatella almost by accident. It is told that, during the preparation of bread and desserts, a bit of pasta remained and the nuns did not know what to do with it. Nevertheless, instead of throwing it away, they decided to roll it out in a pan and enriching it with a simple cream with wheat, milk, sugar, dried fruit and sour black cherries in syrup.

The famous sfogliatella was born! A delight born by chance and become in the time symbol of Conca dei Marini. 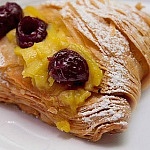 The famous and tasty Sfogliatella Santarosa of Conca dei Marini