Bare feet on the beaches of Procida 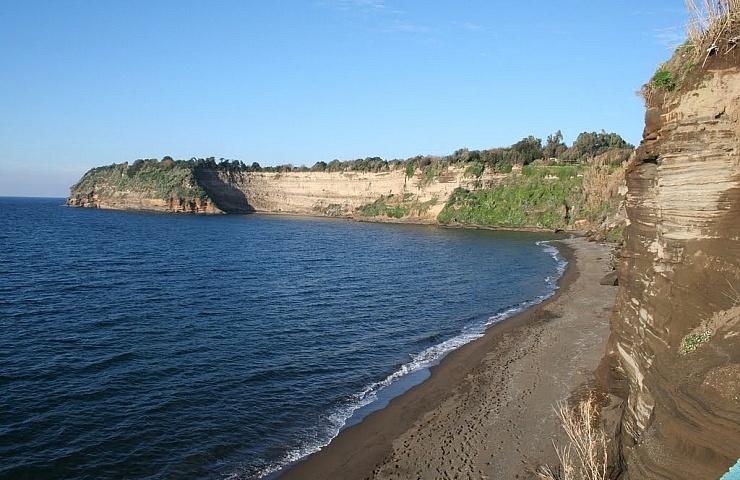 Procida, from the geological point of view, is one of the most ‘hot zones of Italy’. Here the territory presents many volcanos and manifestations of volcanism.

The same island of Procida had origin from intense eruptions that started a bit more than 50.000 years ago. Thanks to the activity of the volcanos, Procida emerged from the Tyrrhenian Sea and was shaped by the eruptions. The same is for the little Island of Vivara, with shape of half moon, linked to the occidental extremity of Procida by a bridge.

Despite this ‘volcanic heat’, the weather of Procida is splendid. The sea mitigates the excesses of heat and guarantees agreeable temperatures in winter too. Even the water sea, between mid-July and beginning of September, reaches agreeable values (26°-27°).

Therefore, Procida is a wonderful island not only for the unique and pure landscape, but also for its beaches. In fact, even if it is not too much big, it does not lack of beaches with the typical dark and granular sand.

The first beaches that you meet arriving are at the side of Marina Grande. They are the so-called Lingua beach, for the promontory with the same name, and Silurenza beach that takes its name from a cannon inside the cliff.

If we move towards the center of Procida, we can go to Chiaia beach, one of the longest and most famous beaches.

On the occidental coast of the island, there is the most extended coast of the entire island: Ciraccio beach. It is a very wide beach and its position makes it ideal in the afternoon, to admire the wonderful sunsets.

The south shore is linked to Chiaiolella beach, even more extended in width and frequented a lot. Its name comes from the adjacent Marina di Chiaiolella.

A surely particular beach is that of Pozzo Vecchio, at north of the two just described beaches. Here, some scenes of the movie Il Postino by Massimo Troisi were shot.

Therefore, Procida is ideal destination to swim in a different sea, dive and do long swims among the rocks of the lighthouse or the cliffs of the harbor of Marina Grande…