The ancient hamlet of Campolattaro, religion and tradition 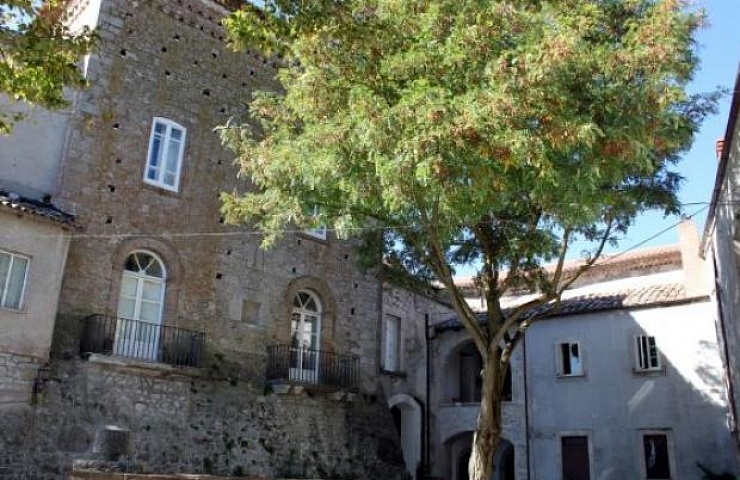 The hamlet of Campolattaro is included in the Comunità Montana del Titerno e dell’Alto Tammaro.

The name Campolattaro comes from the toponym ‘Campuguttari’, which means ‘Field of Walthario’, proper name used by the Lombards. Therefore, the Lombard origin attests the antiquity of the hamlet.

The transformation of the name, according to other scholars, is linked to the grazing and the production of milk.

Campolattaro is a particular hamlet. Even if it has been hit by numerous natural disasters, it has always succeeded in rising again, preserving the ancient splendor.

The church of the patron saint, San Sebastiano, stores a precious painting on marble of the XIX century depicting the Virgin of the Mercy, artwork of the Samnite painter Domenico Capobianco.

The principal square is dedicated to Urbano de Agostini, politician of the second half of the XIX century who was mayor of the village and struggled to give a modern mark to the little rural center. In fact, he founded also a bank of agricultural credit.

The Castle, called Palace De Agostini, was probably built between the X and the XI century. In 1861, the palace was ransacked by the people of the village that rose up against the lords of that time. The interior is organized in about six apartments, for a total of forty rooms. Entered the castle, after having passed the stone arch, you enter an inner court on which the sixteenth-century chapel dedicated to San Martino opens. During the visit, it is possible to enter the Trapeto, that is, the olive oil mill, dating back to the XVII century, with olive-press, millstone and stone press. Then, entering the sighting tower, you can enjoy an evocative panoramic view on the surrounding hills.

In Campolattaro, the religious tradition is deeply cherished.

During the last week of August, it is performed the martyr of the Saints Placido and Benedetto. The dramatization dates back to an anonymous manuscript of the XVIII century. On September 15, then, the popular procession of the Madonna del Casale is held. The statue was given by Cardinal Orsini, archbishop of Benevento during a pastoral visit.

The typical pasta of this zone is the cavatelli, which take their name from the shape taken during the making. Therefore, the cavatelli are served with meat sauce and sausages. This typical product can be tasted during the festival of the Cicategli e Sausicchia (cavatelli and sausage). It is held on the second to last Saturday of August.