Aeclanum, commemoration of the siege of Sulla 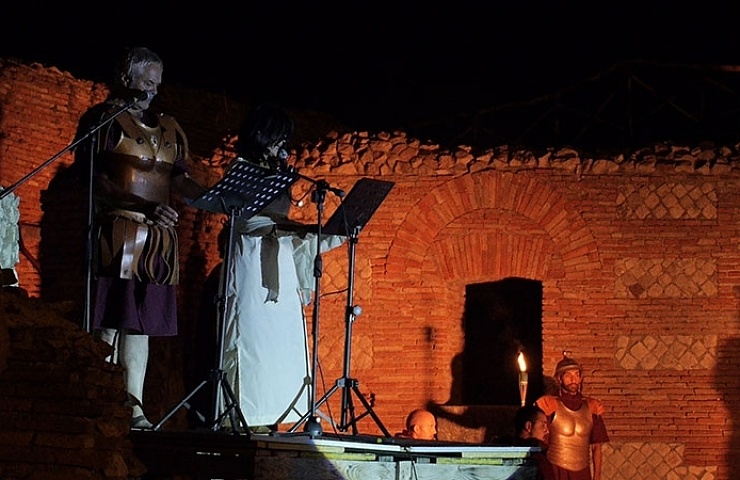 In Mirabella Eclano, in August, history has been on stage, with a project carried out by the Events and Tourism Department of the Municipality in collaboration with the Archaeological Superintendence of Campania.

For one night, the ancient Aeclanum has lived again, thanks to the historical reconstruction of the siege of the town happened in 89 BC followed by the rebellion of the town and of other Italic populations in Rome, with minor players in costume and actors who have proposed again to the public the main phases of the conquest of the town by the Roman general Sulla.

The program that has taken place in the Archaeological Park of Mirabella Eclano, has been enriched with quality and traditional music in the green of the park and among the charm of the ancient vestiges, with the concert of Espedito De Martino and the Awarded Orchestra for the Neapolitan Singer-Songwriter Music. 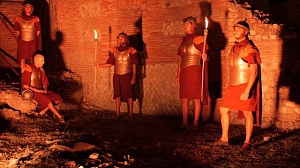 The agenda of the events has finished then with an inviting date with the cuisine of the ancient Romans. A soft and captivating way to tell the history of alimentation, habits and customs of our ancestors, between curiosities and anecdotes that highlight how much our culinary habits and our cuisine have an ancient foundation.

The commemoration has been a surely original way to put in contact the audience with their own past knowledge and the fruition of our cultural heritage: a perfectly successful formula of history and show.