The Church of the SS. Annunziata in Forcella and the Foundling Wheel 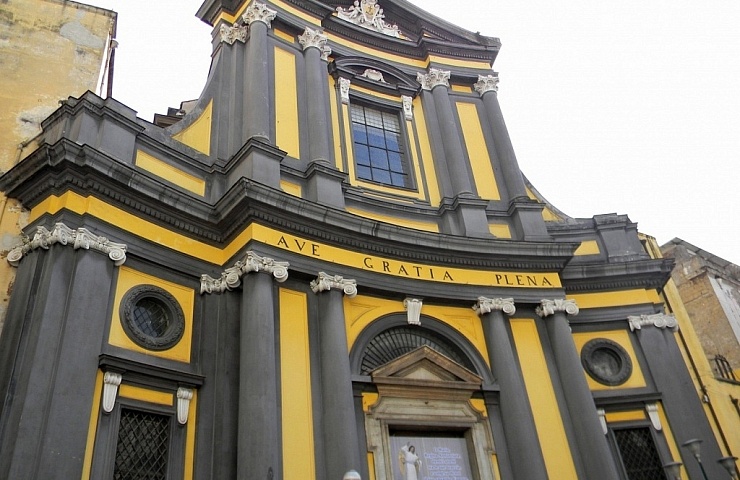 In the old town center of Naples, in the district Pendino in Forcella, there is the eighteenth-century Church of the Santissima Annunziata Maggiore linked to the touching story of the abandoned babies.

The majestic structure, masterpiece of Vanvitelli, is located between Spaccanapoli and Corso Umberto I. Therefore, the Church is not in the classic tourist itineraries, but entering one of the most popular historical areas of the city.

Originally, the Church was realized in the XIII century by the Angevins and then in the Sixteenth century was rebuilt and enlarged. After having been damaged by a fire, the structure was entrusted to the architect Luigi Vanvitelli and his son Carlo who restored it giving it its late-Baroque aspect.

The Church is part of a big monumental complex that initially had also a hospital, a monastery, a hospice for the orphans and dormitories for poor girls, without family or illegitimate. Originally, the structure represented one of the ‘Holy Houses of the Annunziata’, an ancient and important institution present in the kingdom of Naples. Rosen in the XIV century, the houses were helpful institutions for the care of the abandoned childhood and were managed by laic people.

This dramatic as well as suggestive story of the abandoned babies has made known the institution during the years.

The babies were laid inside a kind of wooden rotating drum and entrusted to the cares of the nannies or of the nuns. Stories of desperation and abandon rang to the bell of the wheel. Some babies did not have any kind of distinguishing mark on their body, instead others were accompanied by a little piece of paper with the name of the parents written on it, or wore a piece of gold or silver. Everything they wore was written down on a book with the hope that in the future someone could recognize them. 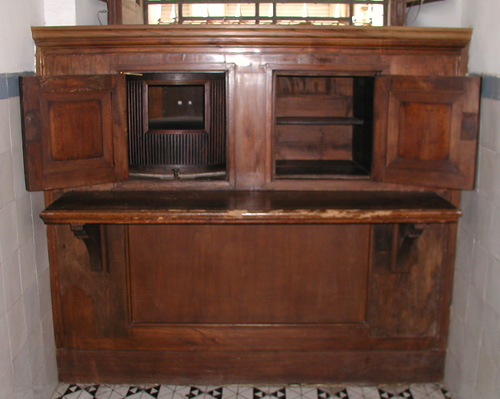 Foundling Wheel of the Esposti

On the wheel, there was the writing: ‘Father and mother who here throw them, may they be entrusted to your alms’.  The babies, guests of the structure, were called ‘children of the Madonna’, ‘children of the Nunziata’ or ‘esposti’ (exposed).

Naples has a particular relation with this place because from the story of the wheel it is born the most common Neapolitan surname: Esposito.

Thanks to the findings of some books, we know that the first newborn with this surname was registered on January 1, 1623. His name was Fabrizio Esposito.

The wheel was one among the most known of Italy and was closed in 1875. Unfortunately, the newborns, because of the misery that reigned in the town, continued to be left on the steps of the Church for many time after.

In Forcella, it is possible to see the foundling wheel, maybe one of the few still visible.

The district Pendino in Forcella, in street of the Annunziata, where there is the church, therefore, stores a part of the Neapolitan history, at the same time touching and heart breaking.