The romantic and sad story of Sisina 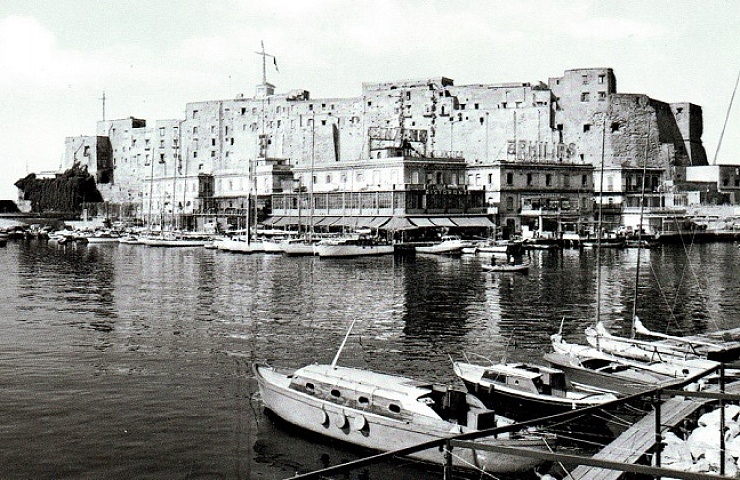 How many stories weave among the streets of Naples? A lot and all fascinating.

Luciano Melito tells us a wonderful one that we report you here.

Mr. Luciano has told us that his grandmother has wanted the photo, about which he has written us, with her in the grave. Only that and nothing else.

‘In street Pietro Trinchera, already Vico della Lava, a beautiful girl lived alone with her mother. Both very known in Naples for having involuntarily reached three records: the girl was the last of 27 children and her mother gave her birth at the age of 58 and not less important the extraordinary weight of the baby, 9 kg, so much big to leave her poor mother with heart trouble. However, it was 1922 and it is known that health at that time allowed extraordinary miracles.

Therefore, this young girl, grown up, met a good boy coming from an honest and hardworking good family, or rather she met him as it was usual at that time.

So, she got engaged and it was immediately love.

Time passed and the Second World War broke out and both were afraid of the compulsory enrollment of the young Gennaro. Therefore, they thought to marry to make him appear as the only support of this very young family to avoid he was sent to the front.

For Sisina, young Teresa’s nickname, it was a bit strange, awkward, because they had never been alone. The engagements at that time were lived on Thursday and Sunday and there was always someone who kept an eye on the good behavior of the boy to prevent not contemplated freedoms. Practically they could only look at each other and talk at a distance of a couple of meters…but she was deeply in love with him and willingly accepted the solution of the wedding.

All was prepared and they found also a house in the area of Vomero.

The wedding day arrived and someone succeeded also in organizing a little buffet in the sacristy to avoid having too many people in the house because with the continuous bombardments it was dangerous.

After the ceremony, the two newlyweds, with their families, went back to their own houses to take the latest things and then meet in the new house.

Sisina with her mother and a group of other women did not succeed in arriving at Vico Lava because the anti-aircraft alarm set off. Everyone started to run to reach Vico Rifugio, still today called in this way, but the alarm set off late and the airplanes were already on the city. They started to bomb everywhere, the crowd began to run and Sisina was separated from her mother.

They called each other and her mother shouted at her to run away and save herself, but she did not want to.

A bomb fell down little faraway and pushed many people on the ground.

Sisina took advantage of this to see where her mother was, stood up and run putting on her to protect her. They remained down while the others started to stand up to continue to run but another bomb hit a big part of the crowd and objects and bodies, alive and dead, flew. Sisina’s mother implored her to leave her there, but Sisina would never leave her.

She said ‘if this is the fate, we will die together’.

When all finished, they stood up and run towards the house of the boyfriend, at that point Sisina’s husband.

He and his family had succeeded in going into the house before the bombardment, but the place had been hit and the father, the mother and the son died. So, Sisina remained widow, pure because she had not consummated her marriage and married for just some hours.

Years have passed and Teresa left this world in 2010.

She has not lived a happy life, has married an unworthy man, but she has never forgotten her first great love. When I was young, I often asked my grandmother who that handsome man in the photo among the deceased was, near a lamppost, with raincoat, hat and cigarette as Humphrey Bogart. She answered me that he was a cousin she loved a lot, died under the bombardments’. 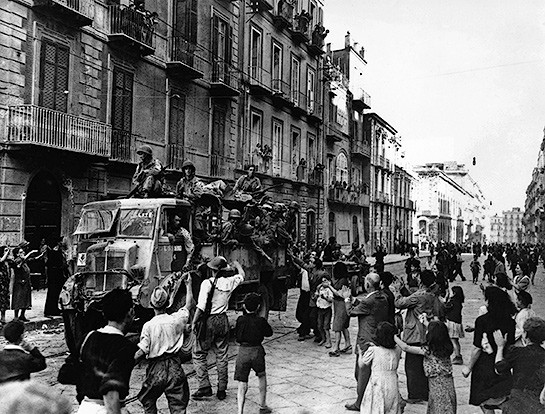 Naples during the Second World War