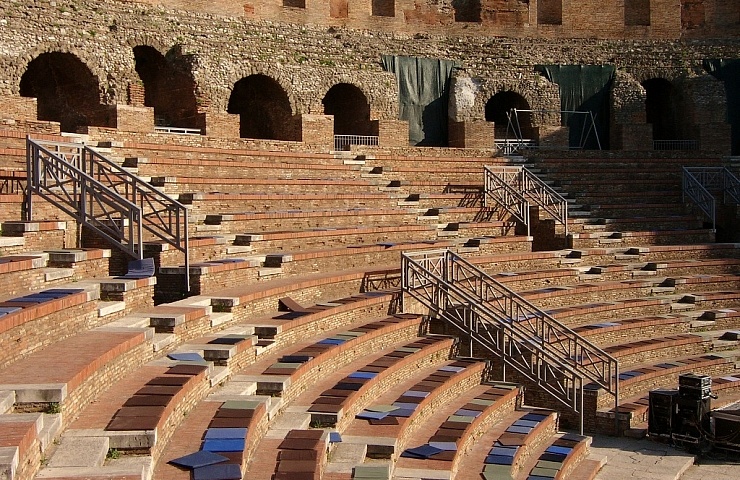 Benevento has been a Samnite, Roman, Lombard and even pontifical town. In fact, it boasts a considerable historical artistic heritage and important archaeological assets.

The roman theater of Benevento represents, therefore, most part of the Samnite archaeological heritage. It was built in the II century by the Emperor Hadrian and was inaugurated in 126 and then enlarged by Caracalla between 200 and 210.

The theatre rises between Pont’Arsa and the Cathedral, near the cardo maximus of the ancient roman urban plant.  Its form is semicircular but it has huge dimensions: 90 meters of diameter and it could host up to 15.000 spectators.

Realized in opus caementicium (Roman concrete) with vestments in blocks of calcareous and clay stone, originally was constituted by 25 arches in three orders, of which today only the first and a little part of the second order are conserved.

The cavea, where the spectators sat to watch the shows, is well conserved and the three architectural orders that formed it can be seen: Tuscan, Ionic and Corinthian. 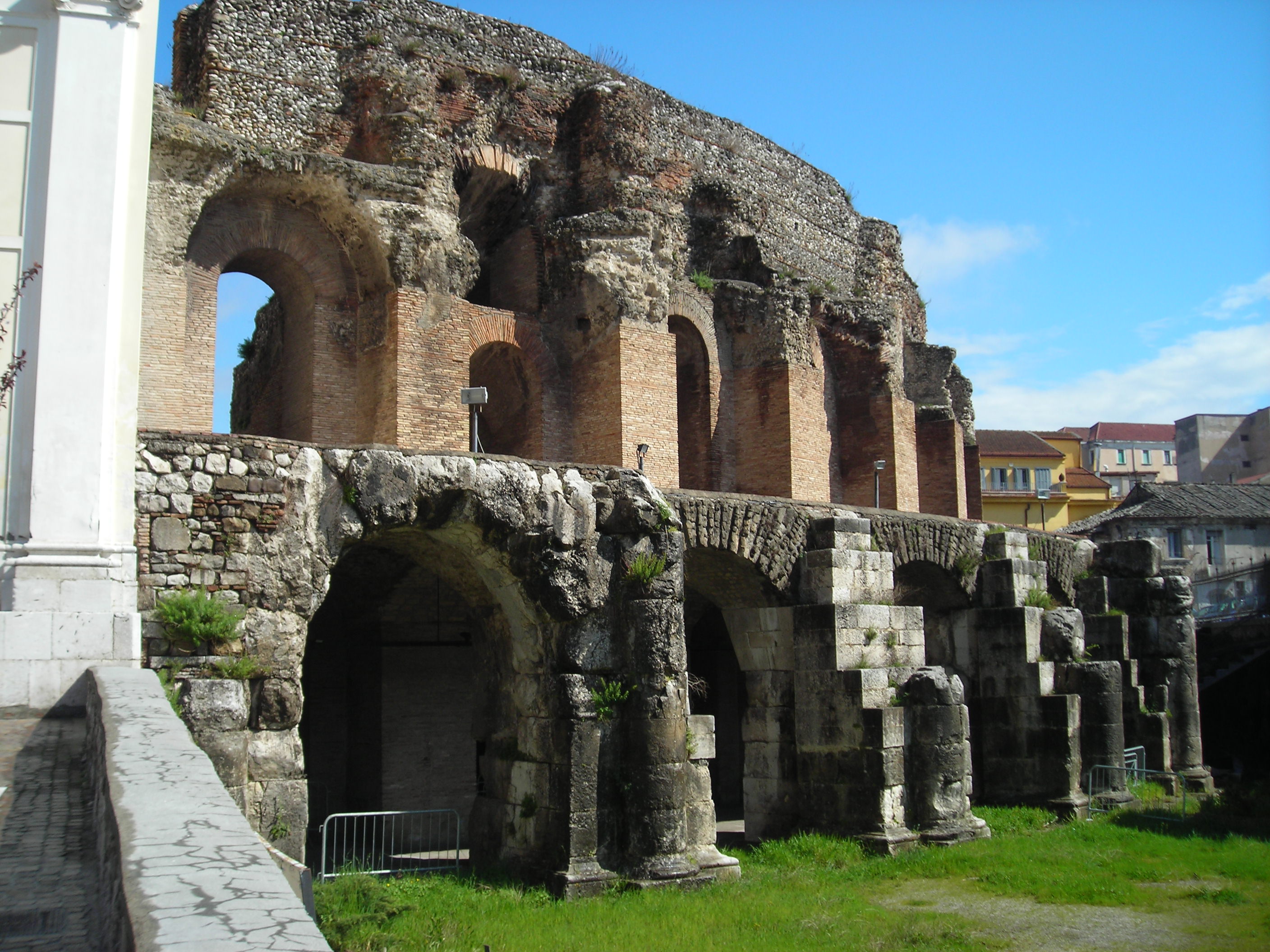 The stairs and the scenic building were covered by polychrome marble slabs and stuccos, still today well conserved.

Behind the scene, very wide, there were three staircases that brought to the lower level. Then, it has been also supposed the existence of another entrance reserved to the artists.

The entrance path of the Roman theater of Benevento was decorated with sumptuous masks, probably used by the actors on the stage and then recovered and conserved in the historical buildings of the town.

It was realized in opus latericium (brickwork) and reminds the Theater of Marcello in Rome testifying the great importance of the arts under Hadrian and the following Roman emperors.

Then, it was abandoned in the Lombard age, was partially buried and used as foundations for the houses. Moreover, in the VIII century, on what remained of the theater, it was built the Church of Santa Maria della Verità.

In 1890, the archaeologist Almerico Meomarti hoped for its reactivation. Nevertheless, the works started much later and stopped in 1930, after a strong earthquake in that zone.

The theater was definitively finished and delivered in 1957.

Unfortunately, the structure has lost a part of the marble covering, but it has a perfect acoustics.

Especially in summer, the roman theater of Benevento lives again with shows of prose, dance and lyrics.