Neptune, Hera and Athena: the temples of Paestum 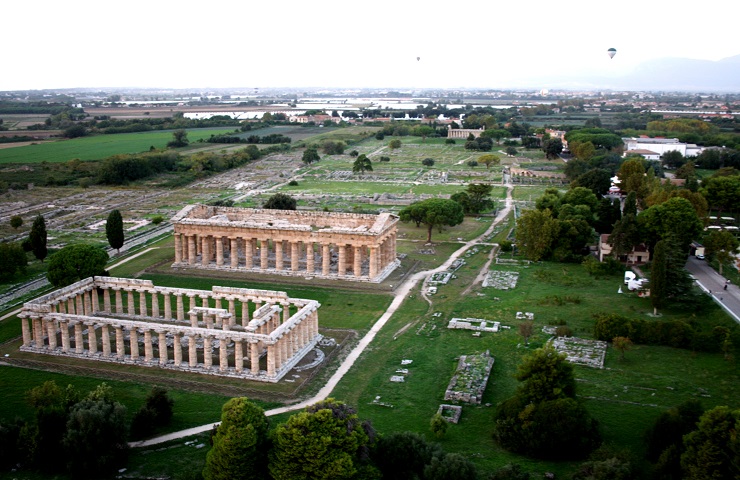 Paestum, at south of Salerno, is among the most ancient towns of Campania

In fact, it was one of the main centers of the Magna Graecia and the oldest tracks of human settlement date back to the Paleolithic. At the end of the V century BC, the town was conquered by the Lucanians and lived a period of prosperity, reaching its largest territorial expansion, while in 273 BC the Romans settled there. The entire archaeological area of the town has been included by the UNESCO in the list of the world heritage sites, to be protected as humankind heritage given that it is very rich in historical monuments. Near the town, at the mouth of the Sele, you can admire for example the remains of the sanctuary of Hera, one of the most important Greek sanctuaries on the Italic land.

Therefore, among the most interesting temples of Paestum, there are the temple of Neptune, the temple of Hera and that of Athena.

The so-called temple of Neptune, built around the middle of the V century BC, is one of the three best conserved temples of ancient Greece and surely is the most appreciated by the visitors of the archaeological area of Paestum. In the XVIII century, it was wrongly attributed to Neptune and from then it preserves this name even if many think that it was dedicated to Apollo for his function as medicus (physician).

Instead, it is thought that the temple of Hera was built between 550 and 540 BC and is the most ancient among the three temples of Paestum. For a long time considered a Roman basilica, actually the temple has been dedicated to Hera, Zeus’s wife and main divinity of the polis.

Lastly, the temple dedicated to Athena, built around the end of the VI century BC. In the XVIII century, the first visitors of the just discovered ruins thought that the temple was dedicated to Ceres, but the finding of a considerable number of votive elements dedicated to the goddess Athena have permitted to correct this wrong attribution.

In addition to the temples, there are numerous other monuments of historical and archaeological interest in Paestum: among these, also the Tomb of the Diver, the National Museum of Paestum and the Roman amphitheater. 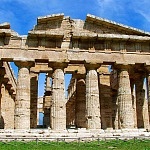 The temple of Neptune, one of the three best conserved temples of ancient Greece.