Mysterious Naples: from the Monacielli to the alchemic art 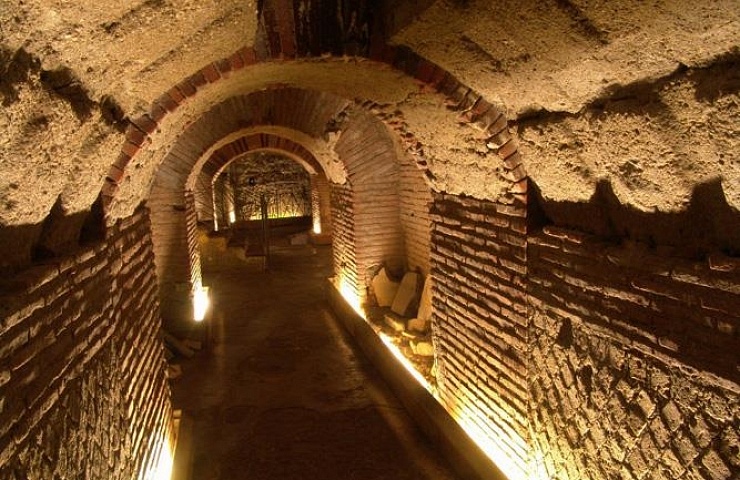 A different tale of Naples offers a mysterious itinerary of the city.

First of all, in Naples it is present in the subsoil a thick net of galleries, called ‘Napoli Sotterranea’ (Underground Naples). The gate that leads to this magic and evocative world is in Piazza San Gaetano. Some of these galleries are very ancient, dating back to the Greek domination of the IV century.

These tunnels are due to the fact that, from the subsoil, the material useful for the construction of the buildings on the surface was drawn. They were also used as refuge during the wars.

According to the legends, from the underground the monacielli, good and evil spirits, came. They bothered the people of the surface.

Maybe, it was the memory of the legend of the inhabitants of the hollow earth, or of the stories that in other places described gnomes, elves and fairies. The certain fact is that, in the Neapolitan people, this belief has penetrated their daily life and still has not completely disappeared…

Another mystery of Naples is linked to the statues of the Chapel Sansevero, deconsecrated church become museum of the impossible.

The statues, collected by the prince of San Severo, Raimondo De Sangro, did not seem to have been realized with a normal sculptural process. The statue of Il Disinganno (Release from Deception), realized by the Genoese Francesco Queirolo, represents a man enveloped in a net that is perfectly laid on his body. It is said that the prince used the alchemic art and that had transformed the cloth into marble. Another example is the Veiled Christ, in the same chapel, realized by the Neapolitan Giuseppe San Martino.

In the Anatomic Museum, there are still the thirty ‘petrifications’ by Efisio Marini, alchemist and scientist.

He succeeded in conserving many human limbs, tissues and entire bodies, soft and elastic as when they were alive, avoiding their normal putrefaction process.

But let us arrive to Posillipo now, where the Park of the Grave of Virgil rises. According to the tradition, the Latin poet was also master of magic arts. The poet would have hosted his sorcerer’s apprentices in his school of magic, on the Island of Gaiola. Still today, there it rises the ‘House of the Magician’ also called ‘Virgil’s School’. According to the legend, Virgil, while he was hoeing his vineyard, found a bottle in which twelve devils were imprisoned. They, in exchange for freedom, taught him all the secrets of the magic arts. According to the legend again, these devils would have revealed him also the hiding place of the magic Book of Salomon.

Therefore, a travel inside the obscure Naples, looking for the Philosopher’s Stone…