Minori: from the Basilica of Saint Trofimena to the Roman Villa 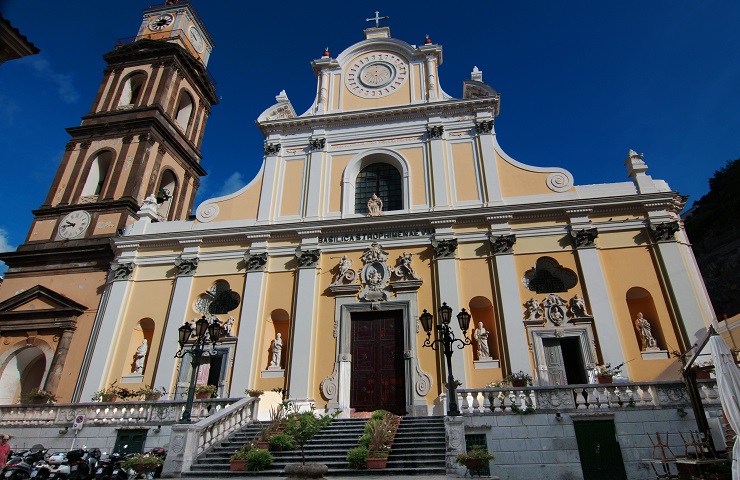 In province of Salerno, in the heart of the Amalfi Coast, the wonderful Minori rises.

From the historical point of view, and according to the studies made on the territory, the first inhabited center of Minori developed in the inner and hill locality of Forcella in the V century. Instead, today, Minori is one of the favorite destinations from the tourist point of view for its naturalistic beauties, for the numerous buildings of historical interest and also for its famous desserts. In fact, Minori is better known as Città del Gusto (Town of the Taste).

The monuments of cultural and tourist interest of this town are many. The Basilica of Saint Trofimena contributes to increase the value of the sacred architecture of the zone of the Amalfi Coast. In fact, this basilica is the main religious monument of Minori and is rich of particular elements and artistic details, but not only. Its importance is obviously due to the presence of the relics of Saint Trofimena, young martyr from Patti in Sicily. The tradition wants that the sacred bones of the martyr were found on the beach in the VII or VIII century and put in a little temple not far away from the shore of Minori.

The Basilica has been built in neoclassical style, with the shape of Latin cross. It stands out for the elegance of the decorative lines and for the architectural majesty. The artistic beauty of this sacred building is then amplified by the big quantity of light that enters and the richness of the ornamental stuccos.

Obviously, the Basilica of Saint Trofimena is only one of the many sacred places of Minori, as the town is full of buildings and monuments of cultural interest.

Among these, there is also a famous archaeological site: the Roman Villa of Minori.

This famous villa, of the I century AD, was discovered between 1950 and 1954, then buried again because of a terrible flood that happened on October 26, 1954 and then once again brought back to light. It extends itself in the valley where the stream flows, laid down on the slight slope of the valley floor, and covers a space of about 2500 sq. m.

From the architectural point of view, the Roman villa mirrors the typical structure of the ‘maritime villa’ with the representation rooms put at west and the thermal environments at east. Nevertheless, it is different from the kinds of villas found for example in the zone of Pompeii and Ercolano and instead more similar for its characteristics to those of Stabia. In fact, scenographic solutions do not lack, as the presence of semi-columns and angled niches. 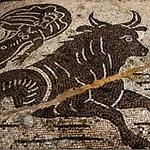 Detail of a fresco of the Roman Villa in Minori.