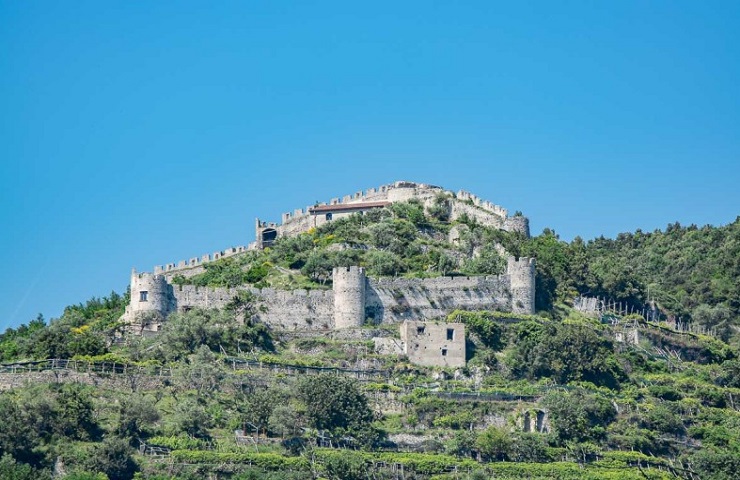 Maiori is one among the many gems embellishing the Amalfi Coast.

This gem is set between the sea and mountains- between the copious characteristic beaches, one of which is actually the longest volcanic beach in the entire Coast, and the Lattari Mountains.

Maiori lacks for nothing: it has astonishingly beautiful bays- such as Glauco Beach, Capo d’Orso or Bellavia Bay- charming grottos like the famous Pandora Grotto and merging streams like the Regina Major.

A legend from the Latin writer Pliny tells that Maiori descends from the goddess Maia “ the one who brings growth” or “the one who is great”. True or not, Maiori can certainly boast for its complex and ancient history, with its countless historic and artistic points of religious  and military interest.

In addition to the various churches there also is the renowned  San Nicola de Thoro-Plano Castle.

The San Nicola de Thoro-Plano Castle is a military architecture dating back to the 9th century and rising on the top of the hill which dominates  the Accola and Carpineto “contrade” (districts).

At the moment of its construction the Castle hadn’t been conceived as a residence, but as a fortress with the purpose to provide shelter for the people escaping  from the frequent incursions of Lombard marauders and, later on, from pirates.

According to some sources, the construction of the Castle began in 840, after the death of the Lombard duke of Benevento Sicardo, on the area surrounding an ancient church devoted to San Nicola de Thoro-Plano. The building as it is today, though, has been restored and extended by the Piccolomini dukes in 1461.

Within the Castle there is an ancient three-aisles church equipped with a bell tower. It is, indeed, devoted to San Nicola de Thoro-Plano– a hillock corresponding to the area close to the districts of Campo and Paie.

Furthermore, the Castle houses barracks and havens, as well as warehouses and cisterns. Its features have more or less remained the same throughout the ages: its vast 550 metres perimeter and nine  8 metres high towers  included. 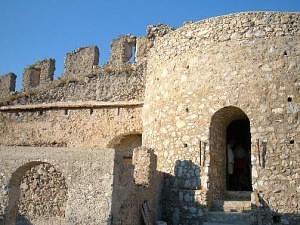 A part of the San Nicola de Thoro-Plano castle.