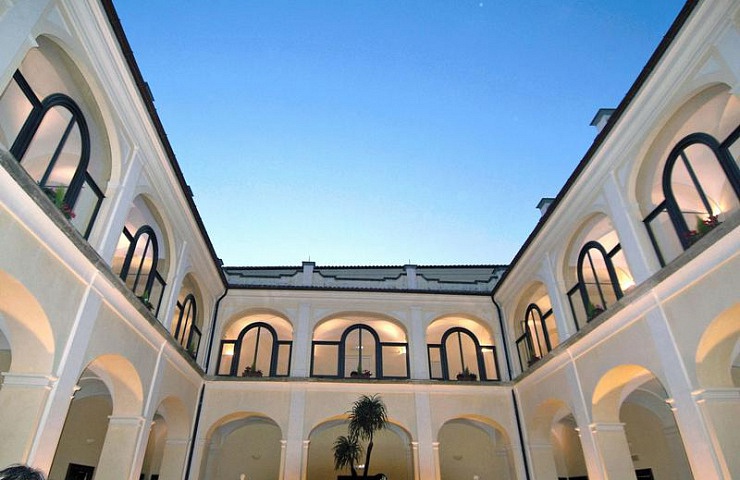 The Diocesan Museum of the Cathedral of Salerno, important point of reference for the knowledge of the history and culture of Campania from the Middle Ages to the XVIII century, stays, along with the library and the diocesan archive, in the old ex-archbishop’s seminary, occupied until the Eighties of the last century by the Schola Medica Salernitana.

Inside it, exhibited in various rooms, numerous artworks of remarkable artistic and historical value are stored. Among these, we remember the ivories of Salerno, the roll in miniature of the Exultet, the Wood Cross, some paintings of Caravaggio’s school and several artworks by Andrea Sabatini.

In the first room, we find the collection of ivories of Salerno, the most numerous and complete collection of historiated ivory tablets of the Christian Middle Ages existing in the world: 69 pieces, of whom 37 illustrated with scenes of the Old and New Testament, extremely refined and well sculpted. 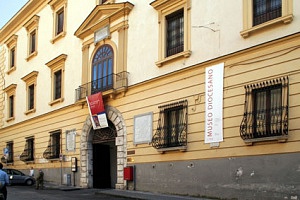 In the Museum, a precious Exultet is conserved, dating back to the first half of the XIII century, divided into 11 parchment sheets, which shows the Easter Proclamation.

The roll was unrolled during the liturgy of the Easter wake to announce, through the images to the people, mainly illiterate, the Resurrection. It is believed that the artifact belongs to a scriptorium (writer) from Salerno to whom also the roll stored in the Vatican Apostolic Library has been attributed.

Venturing into the rooms of the Museum, we can admire the Cross, realized in the XI century and covered by two brass foils with hard stones and translucent varnishes attributed to Tondino del Guerrino from Siena. The Cross is known also as Cross of Robert the Guiscard. According to the tradition, the prince of Salerno took it with him during the battles. Among the shown unique pieces, besides the wood Cross, it has to be signaled the silk chasuble worn by Gregory VII.

Inside the Museum, there is a rich art gallery of about 100 paintings, among these: the Crucifixion by Roberto d’Oderisio of the XIV century, the Piety, the Virgin Mary and the Saints Aniello and Leonardo by Andrea Sabatini, the principal Renaissance painter of Southern Italy.

Walking through the corridor, we find the lapidarium, with remains datable between the I century BC and the XVII century AD, a numismatic section with thousands of coins of Magna Graecia, of the Roman Republic, of the Roman Empire and the Mint of Salerno, among which the famous Follaro of Gisulf II.