Castel dell’Ovo and the legend of the magic egg 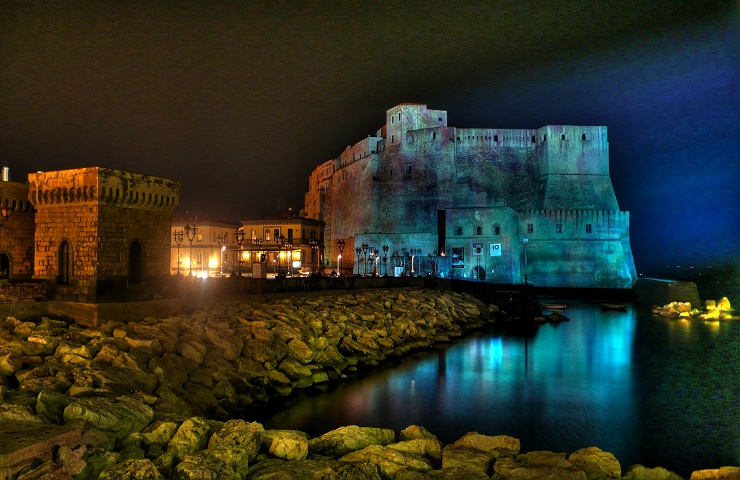 It is one of the most famous and ancient castles of Naples: Castel dell’Ovo.

Geographically, Castel dell’Ovo rises between the quarters of San Ferdinando and Chiaia, in front of Via Partenope, on the tuff islet of Megaride.

Its history is very ancient and fascinating. In fact, it is narrated that in the I century B.C., Lucius Licinius Lucullus bought a wide space of land in that zone and decided to build on the island a wonderful villa, Licinius Lucullus’ Villa.

This villa had a very rich library, but also moray eels breeding and numerous peach trees imported from Persia. Later, around the middle of the V century, this villa was fortified by Valentinian III and became the residence of Romulus Augustus, the latest Roman emperor. When Romulus died, on the islet of Megaride, the Basilian monks arrived.

The history of Castel dell’Ovo continued then in the following years between several dominations and fortifications, until the king Charles of Anjou decided to move his court to the Maschio Angioino, storing in Castel dell’Ovo his most precious assets and the royal treasure.

Further modifications and changes in the domination in the following years brought Castel dell’Ovo to deep changes. Today, in its big rooms, exhibitions, conferences and manifestations are held. Therefore, it remains one of the most beautiful symbols of the city of Naples.

However, Castel dell’Ovo is famous also for a legend about it. A legend from which it would seem to derive its curious name.

The legend of Castel dell’Ovo, of medieval origin, would seem to be one of the most imaginary of the Neapolitan tradition.

According to this legend, the castle takes its name from the famous Latin poet Virgil who would have hidden, inside a cage, an enchanted egg.

The egg would have been put by the ‘magician’ poet inside a glass pitcher full of water protected by an iron cage and hung on a heavy oak beam, then placed in a room in the basements of the castle.

Until now, nobody has never found the magic egg and the place where it would have been conserved was kept secret for long time because on ‘that egg all the facts and the fortune of Castel Marino depended’ (as the castle was called).

In fact, the legend tells that, until the egg had not broken, the city and the castle would have been protected against every sort of calamity. Nevertheless, if something had happened to the egg, there would have been troubles for Naples and the Neapolitans. 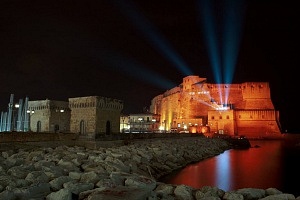