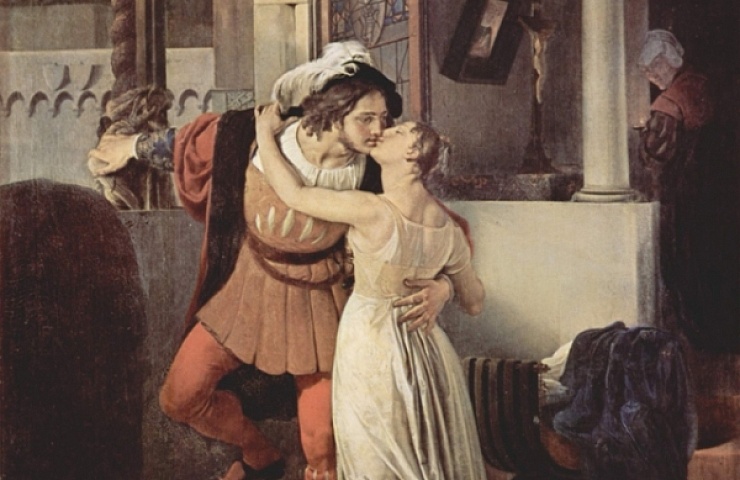 Without doubt, ‘Romeo and Juliet’ by William Shakespeare is an immortal masterpiece of English Literature, which has built the imagination of entire generations.

Nevertheless, not everybody knows that Shakespeare got his masterpiece from the short story of Mariotto and Ganozza by Masuccio Salernitano.

In fact, in the XV century, the difficult love that turns into tragedy is wisely elaborated and shaped by the hands of our fellow citizen Masuccio Salernitano, in a short story that, combining pioneer contents and innovative elements, presented a plot not distant from the masterpiece that, then, the Shakespearian ‘genius’ showed more than a century later.

The story of Masuccio is about two lovers from Siena who, overwhelmed by love and passion, married secretly. Because of an argument between Mariotto and another respectable citizen that ended with the death of the latter, the protagonist of the story, to avoid the gallows, had to hide in his uncle’s house in Alexandria of Egypt.

Ganozza, to follow her lover, did not hesitate to pretend to be dead to dress up as a friar and go to the Egyptian town. Informed by his brother of the death of the beautiful Ganozza, Mariotto decided to go back to his hometown to give her a latest goodbye. Arrived in Alexandria, Ganozza heard about the leaving of Mariotto and right away set off again to save her lover. Finally, arrived in Siena, Ganozza discovered that Mariotto had been executed for his crimes three days before and, unable to live without him, decided to close herself in a monastery where died in a short time for the sorrow of her beloved man’s death.

An exam of the plot of the story by Masuccio brings to a clear connection with Shakespeare’s masterpiece. 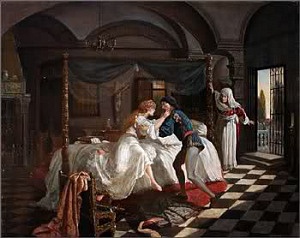 The famous tragedy by William Shakespeare, Romeo and Juliet, has been inspired, indirectly, by the short story ‘Mariotto and Ganozza’ by Masuccio Salernitano.