The Madonna of Acquavena, an icon set in the trunk 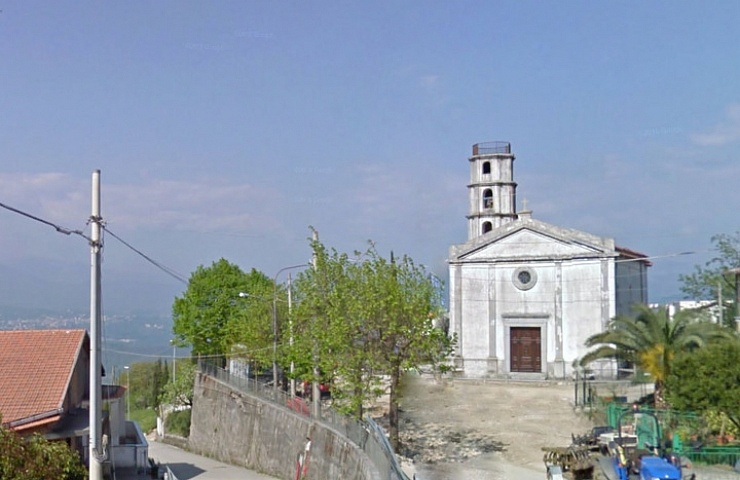 In Salerno, numerous legends are born during the time.

Among these, an ancient one, covered by sacred and mystery, has as scenery Roccagloriosa. More precisely its hamlet Acquavena.

The story tells about a shepherd who always lost his oxen, when he brought them to graze. The man, worried, thought there was a thief of livestock. Therefore, he decided to tie with a cord each ox to follow the eventual movements and to tie all the cords to a hank he always controlled.

So, he noticed that one of the cords was pulled and he followed the animal who was moving away from the grazing. He followed it until when the ox arrived in a square in front of a huge oak. In that place, the shepherd found also the other oxen that were placed all in semicircle in front of the oak, quiet, as they were praying. On the trunk of the big tree, there was a figure, which the shepherd recognized as the Virgin Mary. Wordless, he ran to the village to tell what happened.

The inhabitants decided to build in that place a church in honor of the Virgin the Madonna of Acquavena, which inside included the trunk of the oak.

Despite the several attempts of scratching the wood of the oak, nobody has succeeded in it. The oak is still today part of the Church.

In the Church, dedicated to Maria SS. Potentissima, it is venerated with great devotion the wonderful icon of the Madonna set in the trunk walled up under the recess. Around the apse, the miracles of the Potentissima are frescoed in a popular and touching style in its simplicity. 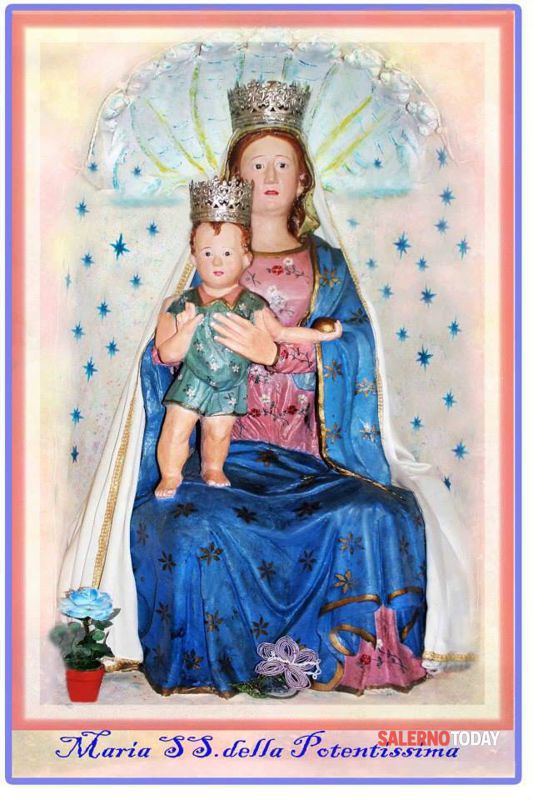 The Church of Maria SS. Potentissima existed already in the XVI century. Nevertheless, during the XVII century, it underwent numerous restoration works that have enriched its beauty and suggestion.