History and Magic at the Macchiaroli Castle of Teggiano 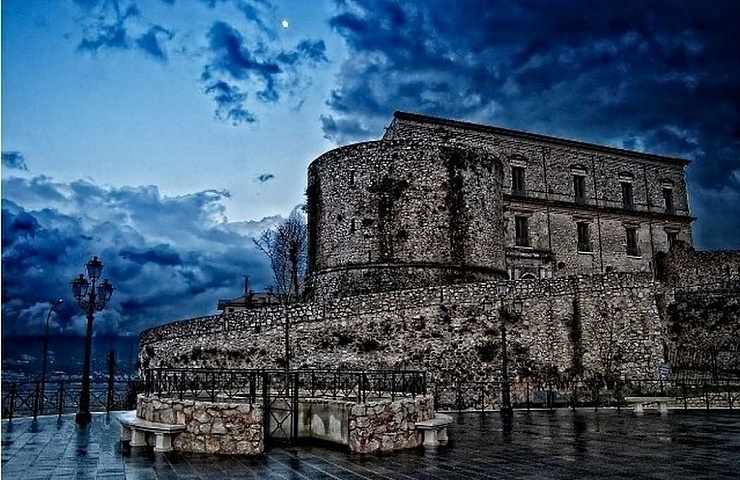 The Castle of Teggiano (Diano until 1862) has a history and a magic to discover.

The most ancient news about the Macchiaroli Castle date back to 1405. In that year, the feud of Diano was royal property, because king Ladislaus of Durazzo had confiscated it to the Sanseverino, counts of Marsico, along with other their towns and lands, in order to punish them because they had been his enemies, that is, advocates of the Anjou of Provence.

Then, an important restoration was made in 1487 by order of king Ferdinand I of Aragon, who confirmed its strategic role for the defense of the surrounding territory.

The castle presented a tower covered as a cup, with a crown of five cylindrical fortified towers, uncovered and with hard scarps. In one of these, called Tower of the Giammaruca, a spiral staircase that, passing under the surrounding walls, brought outside the castle. Robust crenellated curtains joined the towers.

In the central area, the tetragonal building rose with several environments that overlooked on a spacious court that for its entire dimension covers a cistern able to guarantee a reserve of water necessary to resist to a long siege.

The fortress was surrounded by a deep and large moat, on which two drawbridges could be taken down.

The Macchiaroli Castle has changed its role during the time: from warlike fortress to calm feudal residence, where usually a governor lived to take care of the baron’s interests. Then, with the abolition of the feudal system, in 1806, the castle assumed the new and definitive role of private residence.

In 1857, Pasquale De Honestis from Teggiano bought the north occidental part, began its definitive transformation into building for civil houses and made erect at the entrance a Renaissance revival gate. The south oriental part was bought by the Macchiaroli, from Teggiano they too, to whom the castle belongs now.

The castle is also an ideal place for cultural events. Among all, the historical commemoration Alla tavola della Principessa Costanza (At table of Princess Constance) stands out, one among the most beautiful medieval manifestations of Italy.

The breath-taking view, which dominates the entire valley, makes the events magical and evocative.