Lapis Pollae, the leap from pastoralism to agriculture 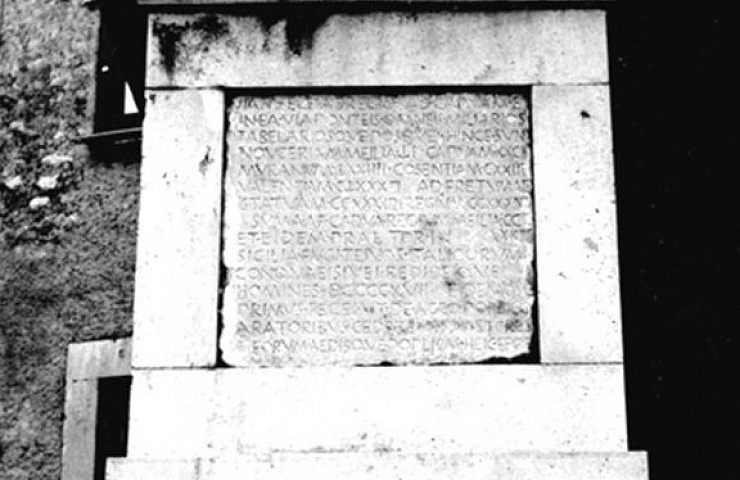 The plaque of Polla (Lapis Pollae) is an epigraph in Latin and stays in front of the Taverna del Passo, along the state highway 19 of Calabrie.

Lapis Pollae is a ‘milestone’ of Roman age, an inscription on stone that gives news about the building of Via Annia, which connected Reggio to Capua. It was realized around the half of the II century, little before 150 BC.

Of great historical relevance, the inscription mirrors also the life of that time: these zones were inhabited by shepherds who exactly in those years began to leave the place to the farmers, who from the cultivation of the lands could have a sustenance more appropriate to the necessities of their family. The Lapis Pollae has been considered for centuries as a street board on which the travelers could read the number of the miles they had still to cover, both if they go towards the south or towards the north.

The author, the consul Titus Annius Luscus, in the inscription boasts to have introduced agriculture in place of pastoralism and above all to have wanted the building of the road and the Forum Anni. The latter was a conglomerate of houses built around 153 BC along the road with the same name to offer the possibility to the travelers of a stop and a refreshment. The forum will be the original core of the village, which will be named Polla.