Faith and Superstition in the Fontanelle Cemetery 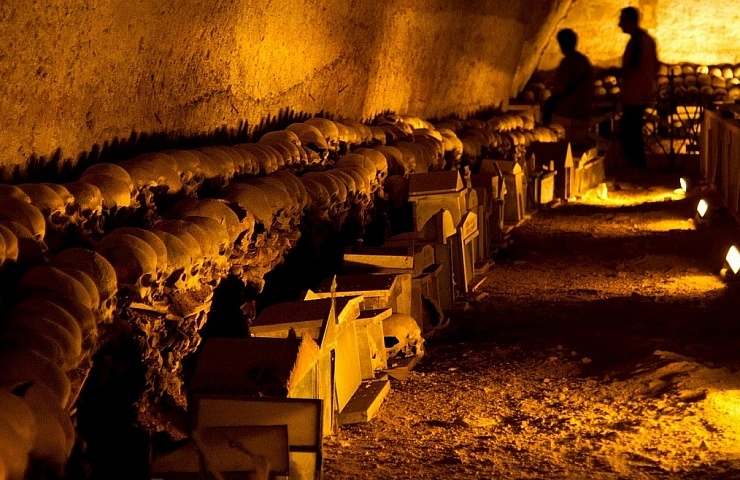 Contrary to the chaos of the quarters of Naples, in the corridors of the Fontanelle the air is rarefied and the silence envelopes, isolates…

The Fontanelle Cemetery is an ossuary obtained from a tuff cave that puts together millions of bones belonged to the dead of the plague in 1600 and of the cholera in 1800. Obviously, they were poor people who could not afford a worthy burial. After the Nineteenth century, a break in the sewage system brought to the surface all the corpses: an apocalyptic scenery! So, they decided to arrange again the ossuary.

But the Fontanelle cemetery, beyond its origin, includes an innate aspect of the Neapolitan people: the bond faith and superstition.

In fact, the worship of the anime pezzentelle is linked to this aspect. They are the souls that live the purgatory and need prayers to expiate their pains. This worship, invented by the Neapolitans, included the adoption of a skull to ‘take care of it’. The ‘carer’ in return asked for a grace or the revelation of the numbers of the lottery during the sleep.

The ‘adopted’ skull was put in an embroidered handkerchief and encircled with a rosary. Then, it was put on a pillow in a shrine. The preciousness of the shrine depended on the economic conditions of the ‘carer’.

In the heart of the Fontanelle, the scenery is really macabre. One thousand faces that look at you. One thousand plays of light. Some skulls put in shrines of wood, others of marble or metal, and even ‘makeshift’ shrines, such as tin and biscuit boxes… 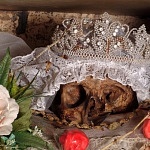 Nevertheless, among all the skulls, one stands out, shining. It is the skull of ‘Donna Concetta’, a kind of talisman of fertility. It is told that touching it, it is possible to become pregnant. Moreover, it is said that it is shiny because it sweats the pains of the purgatory.

The Neapolitans are strictly tied to the Fontanelle Cemetery. Maybe, these skulls laid down on the pillows are a way to consider death as part of life. They are a way to exorcise it and to not be afraid of it anymore.