Eboli and the famous Colonna Castle 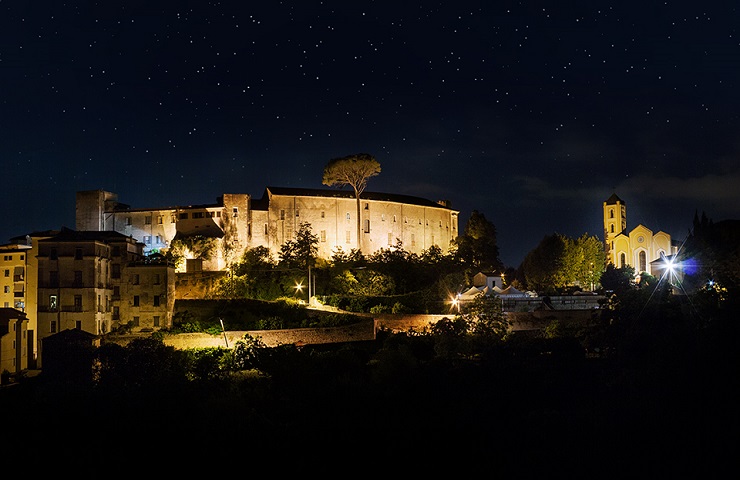 Eboli has entered everyone’s mind thanks to the famous book by Carlo Levi ‘Christ stopped at Eboli’. Nevertheless, the text does not tell about events happened in Eboli, but facts happened in the near Basilicata during the Fascism.

Geographically, Eboli is a really particular place for its mixed collocation: from one side, it has the slopes of Montedoro, a spur of the mountainous group Mount Rione – Mount Ripalta, but the 90% of the territory is occupied by the alluvial plain of the river Sele, while the remaining part is of hill-mountainous kind and falls in the regional Park Monti Picentini.

Nevertheless, Eboli is not only known for the famous novel, but also because it is a place very rich in monuments of great cultural and artistic interest.

Among these, we can include surely many civil architectures, such as the famous palaces, almost all dating back to the XV and the XIX century. For example, famous are the Palace Paladino La Francesca, the Caesarean Roman Palace, the Palace Novella, the Palace Corcione and the Palace Zuccaro.

In Eboli, there are also numerous religious architectures, such as the famous Collegiate Church of Santa Maria della Pietà, the Sanctuary of the Saints Cosma and Damiano, the Church of San Biagio and many others.

Needless to say that Eboli has a territory very rich also in natural areas, among which the Natural Reserve Foce Sele-Tanagro stands out, which is also a site of community interest, and in naturalistic paths like the Path of the Mills, scattered of mills and olive oil presses, and even caves.

Among the many monuments of cultural and artistic interest placed in the town of Eboli, there is also a military one: it is the Colonna Castle.

Very likely built in the second half of the IX century on a preexisting Lombard fortalice, the Colonna Castle offered, thanks to the impressive wall structure, protection to the local people dominated first by the Lombards and then by the Normans. It was built at the beginning of the Norman domination and is mentioned in the documents as ‘Domus domini imperatoris in Ebulo’ (the house of the emperor in Eboli) and considered one of the most important of the Middle Ages.

It exists also a document that dates back to 1640 that is about the changes made to the Castle that was enlarged and fortified. Its structure is impressive and includes four towers, two Normans in four-sided shape and two Swabians in cylindrical shape on the western side.

Then, inside, the little church of San Marco was built too. The complex, currently district prison, is commonly identified as Colonna Castle because in the XV century it underwent considerable restorations on behalf of Antonio Colonna, Pope Martin V’s nephew. 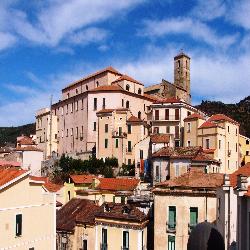 An evocative glimpse of the Old town center of Eboli