Donn’Anna Palace and the legend of the lovers 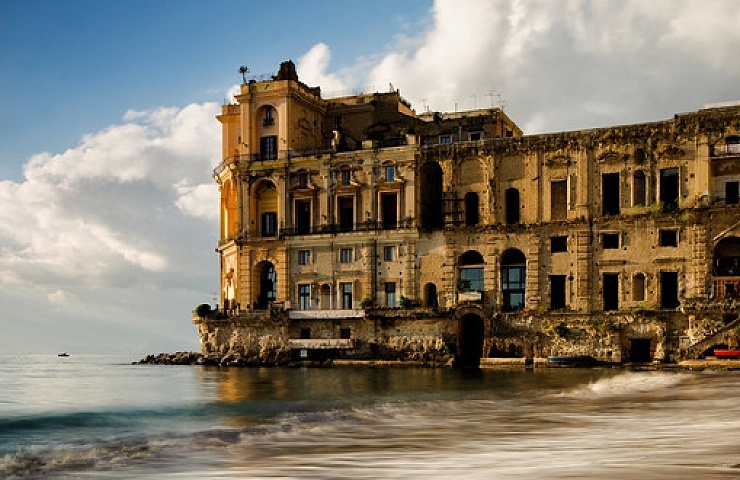 Donn’Anna Palace, among the most beautiful and evocative of Naples, is famous for the numerous legends that the tradition has attributed it.

Strange stories are told about its walls already from the end of 1400. Actually, the Palace is far older than this, because built on a preexisting building called La Sirena (the Mermaid).

In 1571, it became property of the Ravaschieri who sold it to the prince Luigi Carafa of Stigliano, grandfather of Donna Anna Carafa. The latter was considered, for her fabulous wealth, ‘the first dowry of Europe’.

The Palace was built in 1642 by the architect Cosimo Fandango and took the name of Donn’Anna Palace.

Many popular legends envelop the figure of Donn’Anna.

According to the writer Matilde Serao, Donna Anna Carafa loved to organize magnificent parties with all the Spanish and Neapolitan aristocracy.

During one of these parties, the Palace shone of lights more than ever. A coming and going of servants got ready to dock the guests’ boats. Donn’Anna, dressed with a precious red dress in golden leaves, received, lively and proud, her guests.

That night, the hall was set up with a little theater. In fact, it was organized a Comedy, where only noble people played, according to the French trend of that time. Even the wonderful and young Donna Mercedes de la Torre played, in the role of the slave in love with her master. The latter performed by Gaetano da Casapesenna.

The two actors played with such passion that, in the ending scene of the kiss, everybody clapped enthusiastically. Everybody, except Donn’Anna, because of her jealousy. In fact, Gaetano da Casapesenna was her lover and she never succeeded in forgetting that passionate kiss with Donna Mercedes.

In the following days, the women argued violently, until Donna Mercedes disappeared.

There was a rumor that she sought refuge in a convent because of a sudden vocation. Gaetano da Casapesenna, desperate, looked for her everywhere: Italy, France, Spain and Hungary. He cried all his life, until he died in battle.

The jealousy of Donn’Anna poisoned also her own life. A rancor that never abandoned her, until the end of her days.

According to this legend, still today, the ghost of Donn’Anna and those of the unlucky lovers, who look for each other desperately for the eternity, appear in the Palace.

A never-ending triangle of love and death. 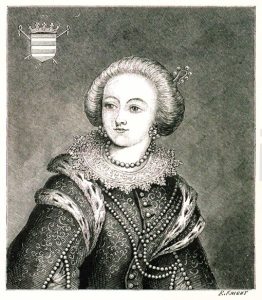 ‘She was the most noble, the most powerful, the richest, the most beautiful, the most respected, the most feared; she duchess, lady, queen of strength and grace. Oh, she could climb glorious the two steps that made her high chair almost a throne; she could raise her head to the warm breeze of the satisfied ambition that blew on her face. The ladies sat around her, as a crown, all minor than her: she was the only, greatest, unique.’ (Matilde Serao)