The Diocesan Museum of the ancient Diano 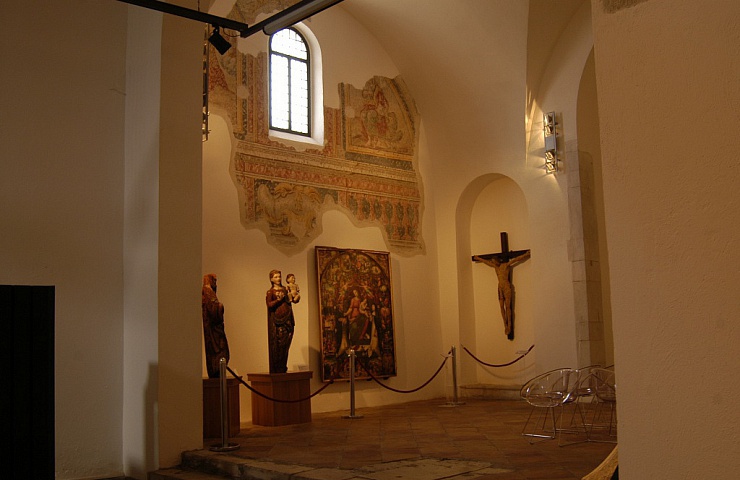 The diocesan museum is a kind of tale of the civil and religious history of Teggiano (ancient Diano) and of its diocese, represented in one of the oldest churches of the episcopal town, risen up on the ruins of a roman temple, of which only the external podium remains.

The museum collection integrates the history and the artistic and architectural finds of the ancient church, with a wide and varied liturgical patrimony.

Since the Nineteenth century, the ex-church was destined to collect the archaeological and artistic evidences found in Teggiano after the earthquake of 1857. With the restoration in the ‘30s of the XX century by Gino Chierici, the ancient worship area became first Civic Museum, then Lapidary Museum and finally Diocesan Museum, with the last set-up completed some years ago, which added to the original collection of finds a patrimony of liturgical ornaments, exemplifying the diocesan history of Teggiano.

Our Lady of the Rosary with the Mysteries 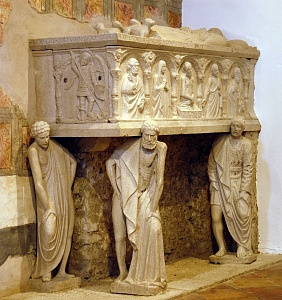 Graves, of 1401, of Bartolomeo Francone, and of 1512, of the archdeacon Rossi, supported by three caryatid figures, representing the three ages of life.