In the Cathedral of S. Maria Maggiore of Teggiano, a rare example of signed sculpture 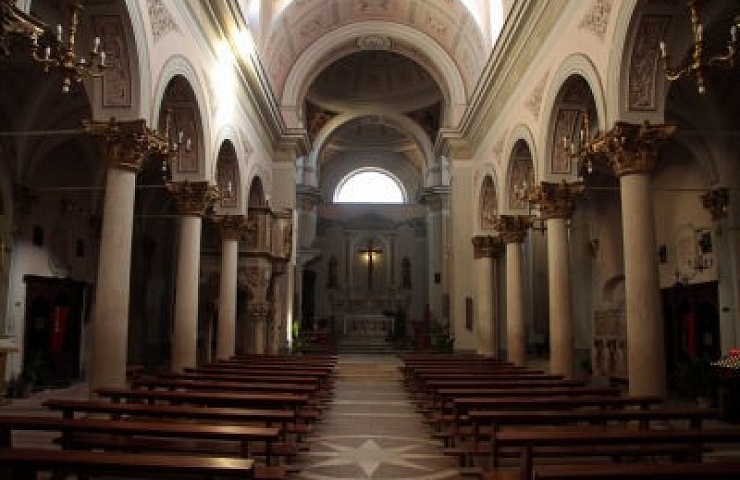 The Cathedral of S. Maria Maggiore was built around the end of 1200, by Charles of Anjou, as symbol of reward towards the Princes Sanseverino, lords of Diano, who helped him in the war against the Swabians.

Among the art works preserved inside it, it stands out the pulpit sculpted by Melchiorre from Montalbano in 1271 and hold on four columns with on top capitals and trefoil arches.

The art work has an allegoric meaning, in fact on the top there are sculpted the symbols of the four evangelists with in the center a warrior who compete for the hare with the eagle and represents the struggle between good and evil. Underneath, the deer, which represents the pagan’s weakness, and the lion, symbol of the Christian’s strength. At the bottom, a lion that holds a twisted column represents the Church that carries the humanity.

The pulpit is a very rare example of signed sculpture in Italy.

In the original plant of the Cathedral of S. Maria Maggiore, the entrance was towards East, in the main square, preceded by a portico with three arches. In 1800, a remake altered the original aspect keeping the entrance on the opposite side and turning the gothic pointed arches into rounded arches. On a closer view, all the churches of Teggiano, with a sole exception of Saint Francis’ Church, have the main altar towards East. Therefore, according to an evident religious symbolism, the believers pray turning their gaze towards East, towards the rising sun. 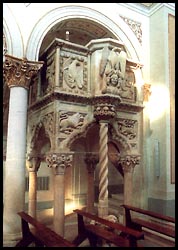 The pulpit sculpted by Melchiorre from Montalbano in 1271