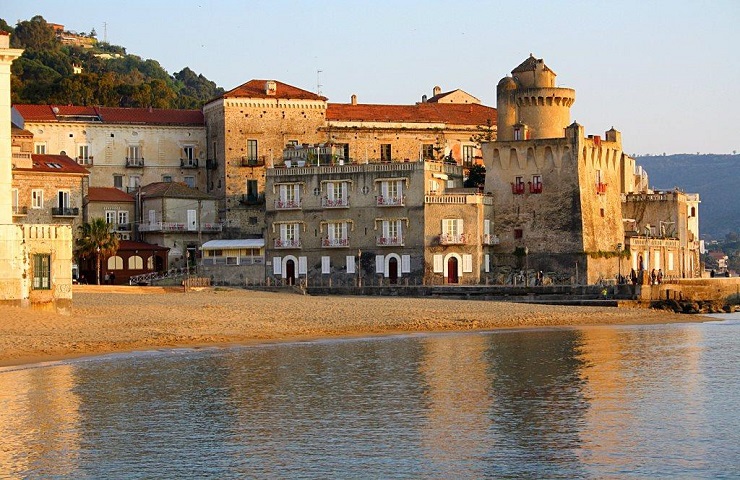 Castellabate is one of the pearls of the Cilento Coast. In fact, its territory expands inside the National Park of Cilento, Vallo di Diano and Alburni, declared in 1998 World Heritage Site by Unesco.

Instead, its marine environments are, from 1972, under marine biological protection to preserve its natural and environmental heritage. In 2009, it has been instituted the marine protected area Santa Maria di Castellabate, which covers the zone between the bay of the Saùco (or of the Vallone) and Punta di Ogliastro.

Therefore, a preserved pearl whose architectural wealth makes it a famous tourist and cultural destination.

Several are also the places of civil origin, of great prestige and beauty.

One of the most well-known is certainly Belmonte Palace. It is a noble structure with a park of five acres of the princes Granito Pignatelli of Belmonte. It was built in Santa Maria in 1733 unifying preexisting buildings. Famous also the Granito Palace, built in the first half of the Eighteenth century by Parise Granito. It looks out onto the dock of Punta Licosa. Granito Palace represented one of the stays of king Charles of Bourbon.

Among the most famous historical palaces, there are Perrotti Palace and Villa Matarazzo too.

Nevertheless, Castellabate is also famous for its coastal towers, erected to sight Saracen boats approaching the coast to plunder it.

The best conserved one is the Norman-Aragonese tower of the ‘Pagliarola’ or ‘Perrotti’, which, joined to Perrotti palace, dominates Marina Piccola of Santa Maria. This work of medieval origin is constituted by a circular tower, surrounded by a lower tower of following age. Famous too are the ancient Angevin towers of ‘Tresino’, ‘Cannitiello’, also called ‘Mezzatorre’, ‘Ogliastro’ and ‘Torricella’ or ‘Semaforo’.

Of the same period, characterized by the Aragonese presence, there is also the tower of the ‘Zappini’. And we have not to forget the tower of ‘Marina di Ogliastro’, also called ‘Arena’ or ‘Ripe Rosse’.

Then, the architectural artworks accompany the naturalistic beauties of the place. Wonderful glimpses open on the sandy beaches of Castellabate, rich of rocks, cliffs, bays and natural coves. Among the latter, the most renowned are ‘Cala della bella’ and ‘Saùco’.

Obviously, they do not lack caves, promenades (as that of the ‘Turtles Seafront’), parks and natural paths. 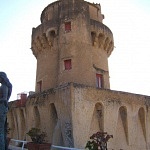 The Norman-Aragonese tower of the ‘Pagliarola’ or ‘Perrotti’ that dominates Marina Piccola di Santa Maria.