Boccaccio and the myth of the Amalfi Coast 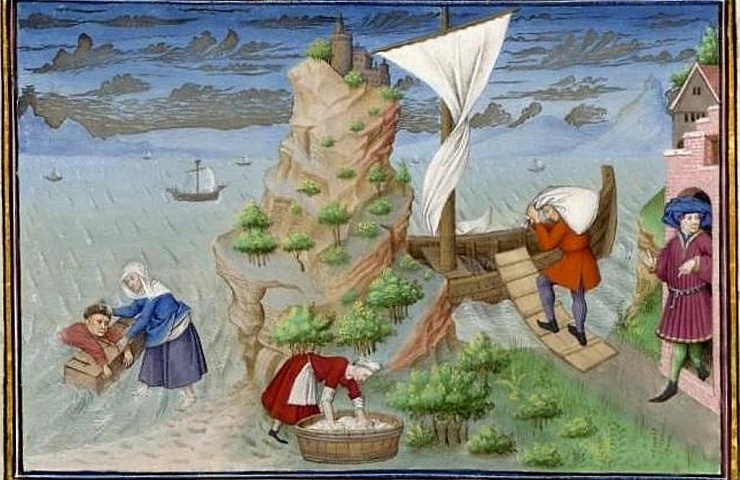 The Amalfi Coast, for its enchanting beauty, bewitched even Boccaccio, who sang it in this way:

‘(…) It is believed that the coast from Reggio to Gaeta is nearly the most delightful part of Italy. Fairly close to Salerno there is a coast that looks out over the sea, which the inhabitants call the Amalfi coast, that is full of small towns, gardens, and fountains, and men rich and proficient like no others in the act of mercatantia (…)’.

The sweet wander in Campania of Boccaccio is due to his father’s job, attorney of the Florentine bank of the Bardi, who with their wealth were among the main financiers of King Robert of Ajou. The young John, in the Angevin court, was introduced to the refined arts, in particular to poetry and writing. Even when, once adult, he will be back to his Tuscany, Boccaccio will always remember with nostalgia his youth in the heaven of the South, so as inserting those years spent between Naples and Salerno in the plot of some of his tales.

The fourth story of the second day of the Decameron is about the maritime and commercial vicissitudes of the young merchant who has the ancient name of the Rufolo family of Ravello.

The protagonist is Landolfo Rufolo, ‘born noble, pirate for choice, shipwrecked victim for fortune and, finally, for ability and good fate, happy owner of an immense treasure’.

The tale, told by the sweet Lauretta, is presented in this synthesis:

and being taken by the Genoese, is wrecked at sea, but saveth himself upon a coffer full of jewels of price

and being entertained in Corfu by a woman, returneth home rich.

The vulgar prose by Giovanni Boccaccio, with his primigenial freshness, after centuries, still represents an invitation to visit Ravello, as historical place of meeting of musicians, people of letters, artists…

The above image shows the tale of Landolfo Rufolo illustrated in a miniature of the XV century.