Avellino-Rocchetta Sant’Antonio: the suspended railway with a strong tourist potential 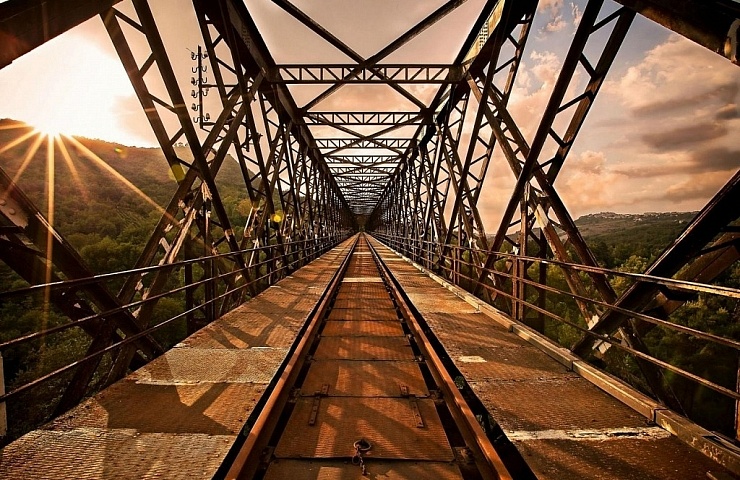 The railway Avellino-Rocchetta Sant’Antonio is a secondary railway of Campania that in little part also crossed Basilicata and Apulia. The line joined principally Avellino with the inner zones of Irpinia.

Officially suspended from December 2010, the ultra-centenarian railway has allowed, for years, many villages of High Irpinia to go out from the isolation connecting them on the one side to the county town and on the other to Apulia.

It had a fundamental role also after the earthquake of 1980 with several trains that brought important and necessary aids after very few time.

Nevertheless, from the middle of the Nineties, its decline started. The reasons are many: the oldness of the armaments and the lack of integration with other means of transport are the main causes that have provoked its closure.

The necessity of its building was brought to the Parliament already in 1865, but, before convincing the assembly of the necessity of a railway of Irpinia, it had to wait until 1876. The literatus Francesco De Santis (born in Morra) fought a lot for the building of this line that would have allowed the people of High Irpinia to go out from their ancient isolation. The railway was inaugurated in its entire route on October 27, 1895. The engineering works were remarkable: galleries, bridges with metal beam and others with brickwork arches, kilometers of protection dams and cliffs along the rivers Calore and Ofanto.

It could be thought to give again life to this railway with tourist purposes. The initiatives with special tourist trains, such as ‘Treni d’Irpinia’ thanks to the Association ‘In Loco Motivi – Amici dell’Avellino-Rocchetta’, have demonstrated that this railway has an excellent tourist potential. The same crossed territory is rich in tourist ideas, let us think to the archaeological park of the ancient Compsa, Conza Lake with its Oasis, the Museum of Saint Francis in Montella, Montemarano with its Carnival and the many wine and food specialties… Therefore, High Irpinia owns an uncontested naturalistic and artisan vocation. The landscape crossed by the trains in winter are surely spectacular, with many little villages covered with snow, perched on the mountains, with many feeble little lights: a unique view, so that someone has defined the Avellino-Rocchetta ‘The Railway of the Nativity Scene’.