The Arch of Traiano: Symbol of Benevento 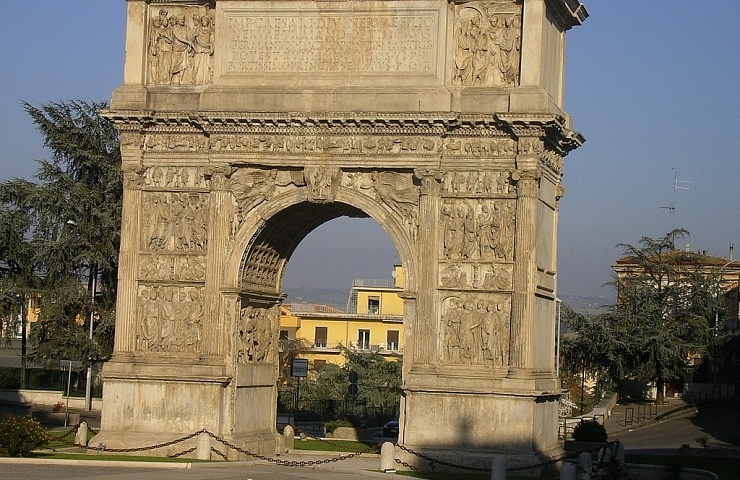 Adventure of an Emperor

The arch of Traiano is the symbol of Benevento and represents a well conserved evidence of the Roman age.

The arch was built in 114 AD. It celebrated the figure of the Emperor Trajan for the inauguration of the Appia way that joined Rome to Brindisi. For its size, it was called in the centuries Porta Aurea (golden gate). The Emperor Trajan was remembered as Optimus, illuminated prince whose fame has arrived until today. Dante put him even in the Paradiso of his Divine Comedy testifying an uncontested greatness.

The Arch of Traiano is almost 15 meters height and 8 wide. On each façade, there are four semi-columns (put at the corners of the two pillars) that support a trabeation. Above the barrel vault, an attic is collocated. The material used for the construction is limestone, covered by blocks of parian marble. 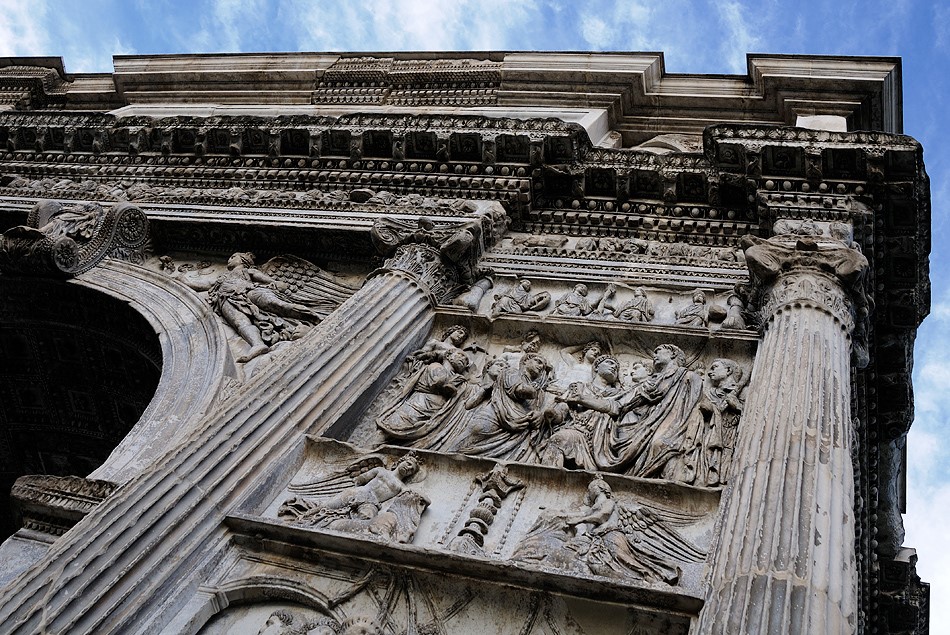 At the center of the attic there in an inscription. It declaims, translated: ‘To the emperor Caesar, son of the god Nerva, Nerva Traianus Augustus German Dacian, Supreme Pontiff, held with the tribunician power eighteen times, acclaimed emperor seven times, six-time consul, father of his country, strong prince, the Senate and the Roman People put’. On the ‘external’ side, there are two bas-reliefs. They represent The homage of the rural and provincial divinities and the Deduction of the provincial colonies. While on the ‘inner’ one, there was the representation of Trajan received by the Capitoline Triad and Trajan in the Forum Boarium. Moreover, in the trabeation, it is present a high-relief decoration depicting the triumphant procession of Trajan on Dacha.

The Superintendence to the monuments of Campania has made interventions for the static consolidation and the conserved restoration of the Arch of Benevento. The works have been closed in 1999. It has been put a special scaffolding to follow by close the restoration and to admire the reliefs that constitutes an iconographic synthesis of the over ten years of the government and military actions of the Emperor.

Today, the observer who for the first time goes to Benevento and finds this artwork, symbol of the adventure of an emperor, Trajan, cannot avoid to immerse in a magical atmosphere. Here, the challenge with the eternity finds its realization.