Travel in the Cheeses of Irpinia 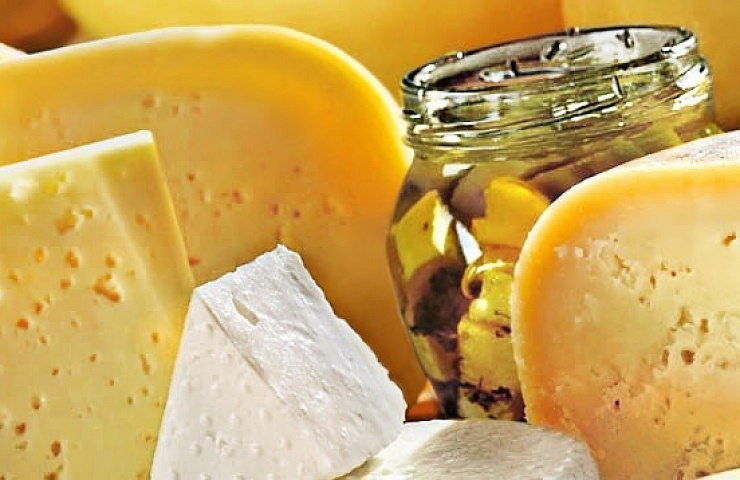 Land famous in the world above all for its precious wines, Irpinia succeeds in satisfying the most demanding tastes also thanks to its cheeses and honeys. The goodness of the dairy production of Irpinia is identified in four main cheeses: the pecorino of Carmasciano, the pecorino of Bagnoli, the pecorino Laticaudo and the Caciocavallo.

The pecorino of Carmasciano takes the name from the quarter with the same name situated near the municipality of Rocca San Felice.

Surely, it is subjected to the influence of the Mephitis, phenomenon of minor volcanism, whose emissions seem to favorably affect also the organoleptic characteristics of this cheese. It has a cylindrical shape with striped crust tending to brown. Its paste is intense straw yellow with rare holes; to the touch, the paste is tough and homogenous. The smell is of grass and milk. In the mouth, it has a good solubility, barely granular, slightly spicy.

The pecorino of Bagnoli takes its name from the municipality of Bagnoli Irpino where the sheep bagnolese is mainly bred.

The used grazing land is particularly rich in essences, naturally selected during the years, which enrich the cheese of aromas. The moderate production of milk obtained by the sheep of Bagnolese race and its crossbreeds is characterized by a high level of grease and proteins that allows a high output of the cheese. It has a cylindrical shape with straw yellow striped crust. The paste is clear with rare holes, to the touch, the paste is tough and homogenous. The smell is of milk and fresh grass.

The pecorino Laticaudo (broad-tailed) takes its name from the sheep race with the same name from which the milk for its production is obtained.

The used milk mainly comes from rearing of little and medium dimensions and this allows an alimentation based exclusively on the resources of forage that comes from the natural grazing, where the essences are those that the environment has selected during the time. It has a cylindrical shape and pale brown or reddish striped crust if treated with pepper sauce. The paste is straw yellow with rare holes. To the touch, it is semi-tough and homogenous. It has smell of milk and hay. In the mouth, it is slightly granular and rarely spicy.

The Caciocavallo is a cheese with tough stringy paste, obtained from cow whole milk.

The denomination would come from the habit of hanging them to dry tied in couple, on horseback of a beam. The area of production corresponds, mainly, to that of the Mountain Communities of High Irpinia, Terminio-Cervialto and Ufita, where bovine breeding, of little and medium dimensions, use from spring to end of autumn, the natural grazing of the inner hill, rich in essences that give numerous aromas to the milk that then intensify during the maturation of the cheeses.

It has an ovoid or pear shape with little head, straw yellow smooth and thin crust, straw yellow paste with rare holes. The paste has a more intense color in the caciocavalli produced in spring. The paste is semi-tough and homogeneous, compact to the cut, with smell of grass and milk. In the mouth, the structure is elastic if the product is fresh, averagely friable with good solubility if aged. The taste goes from sweet to spicy depending on the duration of the aging and the typology of used rennet.

This travel of the taste is often associated to the honeys of Irpinia and passes through the four corners of Irpinia, the valleys of the Sabato, the Calore, the Ufita and the Ofanto – Sele, which include little communities able to preserve ancient knowledges transformed with mastery into timeless delights of the palate.